The Power of Prestige in Hypnosis 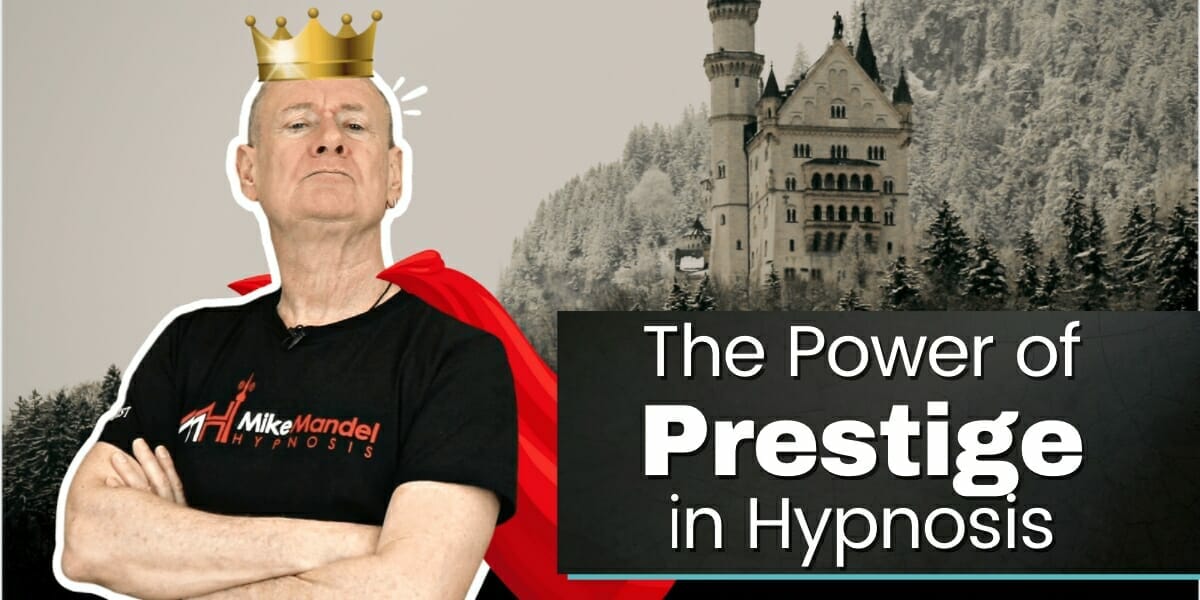 How would you like to ramp up your hypnotic powers? You can do this just by applying the power of prestige. You don’t even need to have great hypnosis skills to do this. But imagine how good you’ll become when you have real skills and you command prestige.

Let’s take a little journey down the hypnotic memory lane starting with the “Royal Touch”.

From 1042 to 1066, the last king of the House of Wessex, Edward the Confessor, ruled over England. His title, “the Confessor”, reveals the attribute he was most famous for. It’s not only that Edward was a religious man, but that he was one of the few monarchs in history who possessed what historians call the “Royal Touch”.

For most of our history, kings and queens were believed to have been put in their position by God himself, and therefore were somehow divine in nature. The truth is, of course, they were no more divine than their own court jesters and cupbearers; but the power they wielded over their subjects’ minds was no less almighty.

The strong and most sincere belief held by the Englishmen of the 11th century that their king had mystical, God-given abilities was alone enough to create splendid results. Modern science describes this process as the placebo effect. Through intense expectation, the human brain is capable of producing the most strange and unexpected phenomena in the mind and even the body itself.

To understand more about the placebo effect, read:
Placebo and Nocebo: Why You Should Carefully Prescribe Your Words

In Edward the Confessor’s case, as well as a few other monarchs in history, he was capable of curing a disease by simply touching the afflicted person. This Royal Touch was capable of producing a strong enough placebo effect that the person subjected to it would more often than not get significantly better, if not be cured altogether.

The disease in question was scrofula, known at the time as the king’s evil. As an infectious disease caused by a tenacious bacteria species that infiltrates the respiratory system, it isn’t the kind of illness one would expect a simple shift in mental attitude to immediately cure; and yet it happened enough times during Edward the Confessor’s reign over England to earn him his fame.

The placebo effect has proved its power countless other times throughout history, including in France during the 18th century, when Franz Anton Mesmer developed a technique he’d call “animal magnetism”, which would lay the foundation for hypnotism as we know today. Mesmer, a charismatic fellow who wore a turban and a robe, would engineer an environment where his patients would be in a constant state of expectation, all of which added to his immense prestige.

With physical and mental diseases alike, but especially with the latter, the power of the mind has shown to be second to none when it comes to effectively improving a person’s current condition and overall quality of life.

Think about it: if a disease is psychogenic, meaning it originates in the mind, it’s logical the mind can fix it as well. The trick is to create an environment where a person has incredible prestige, and then use it to generate enough expectation so that a powerful placebo effect will occur. That was the real reason why King Edward and Dr. Mesmer were able to heal so many people, and it can work for you as well.

As you can already guess, having such an air of prestige is where you want to get as a hypnotist. Your prestige is what will rid your clients from lifelong phobias, as well as cause your friends to feel itchy or forget their names in a social gathering.

Like Mesmer, you can engineer the environment and wear clothes that will create expectation on your subjects (just be careful not to overdo it). But more importantly, you must use your confidence and personal charisma to its fullest potential. That'll truly add to your prestige.

Whether you’re a stage performer, hypnotherapist or just doing hypnosis for fun, bear in mind you must always be the hypnotist in the room. Mirror the prestige Edward the Confessor had in the eyes of his subjects and behave as though you’d been put in that position by God himself. Do not for one second doubt that all of which you’re doing is working flawlessly and be proud of the awesome gift you are presenting your subjects with.

Here goes a small list of other articles available on this blog to further develop your ability to build your prestige. Read them carefully, for they may transform your communication skills entirely:

If you’re still struggling, the very best way to gain prestige is to get excellent quality hypnosis training like the one we offer at the Mike Mandel Hypnosis Academy. Our training will give you the confidence, demeanor and the power to express yourself with prestige so that your hypnosis skills will soar.

Special bonus: When you join the Mike Mandel Hypnosis Academy you’ll immediately have access to some fun guest training by rockstar mentalist and hypnotist Michael C. Anthony. Learning one or two simple mentalism effects, as he teaches our students, will automatically enhance your prestige.