Life is about more than just work. We absolutely LOVE what we do and we enjoy sharing what we know with others. We put together this short video to share some of our core beliefs in a fun way. Enjoy!

Mike Mandel’s career has covered many different fields: stage performer, trainer, psychotherapist, martial arts instructor, writer, and corporate speaker. Born in England, the son of an electrical engineer, Mike inherited none of his father’s mechanical or practical skills, but his wit and imagination made him a natural entertainer.

Using his creative forces, Mike single handedly reinvented the persona of the stage hypnotist, rescuing it from its tacky beginnings and giving it rock star appeal. In the 1970’s he toured extensively with A Foot in Cold Water, Lighthouse, Max Webster, Teenage Head and is immortalized in the Goddo song “Pretty Bad Boys”.

Widely regarded as the world’s greatest hypnotist, Mike Mandel has 18 nominations and 6 awards for excellence in entertainment. In June 2000 he was presented with the COCA Hall of Fame Award, previously won by Sarah McLaughlin, the Tragically Hip and Jim Carrey.

Mike Mandel is a qualified trainer of neurolinguistic programming (NLP) and is affiliated with NLPWorks, who offer Canada's most complete NLP training. He teaches advanced Ericksonian hypnosis both via online training and in a live classroom in Toronto, the hypnotic world epicenter. He affectionately refers to his students as hypnotic storm riders across the world. Students include interested lay people, therapists and doctors. Mike Mandel is certified in a number of highly effective psychotherapeutic disciplines that get rapid results. His private practice included flying to Australia to help a rock star.

Mike Mandel is also considered one of the world's foremost experts in the unique martial art of British Jiu Jitsu. British Jiu Jitsu is an original self-defence system that has been used both by US and UK armed forces, and was also the subject of an Oscar-nominated documentary. It has been featured on The Tonight Show and in other major media. Mike Mandel has trained law enforcement & security personnel and has toured England teaching at martial arts academies. He was profiled in both Martial Arts Illustrated and Eye Spy magazine.

His varied contributions to delighting audiences expanded into creative writing, and the first short story he wrote was published in the Toronto Star. In 2005, under a pseudonym, Mike started writing a wine blog that is avidly consumed by wine fanatics for its bombastic style and bizarre comedic slant. In 2006 he was named “Canada’s Most Irreverent Wine Writer” by City Bites Magazine. In 2007 he was listed in Toronto’s “Hot Nine of Wine”, and hosted the Ontario Wine Awards as his alter-ego, Deacon Dr. Fresh.

Mike branched out again by entering the corporate speaking market. An enlivening keynote speaker, Mike Mandel is known for being simultaneously fascinating and hilarious. His innovative Brain Software presentations routinely earn rave reviews, and his impressive and diverse client list includes Microsoft, Scotiabank, and the Dept of Defence.

Mike lives in Toronto with his wife, an Egyptian Mau cat and thousands of books.

Mandel is…an intellectual and emotional arsonist, both igniting the spirit and enlightening the soul. 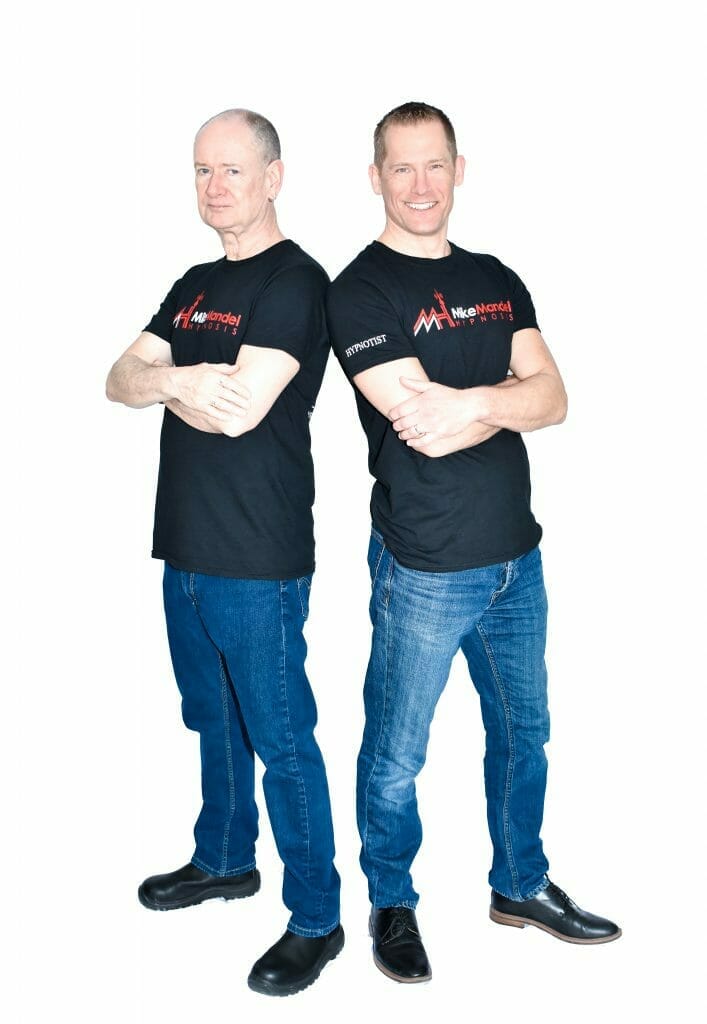