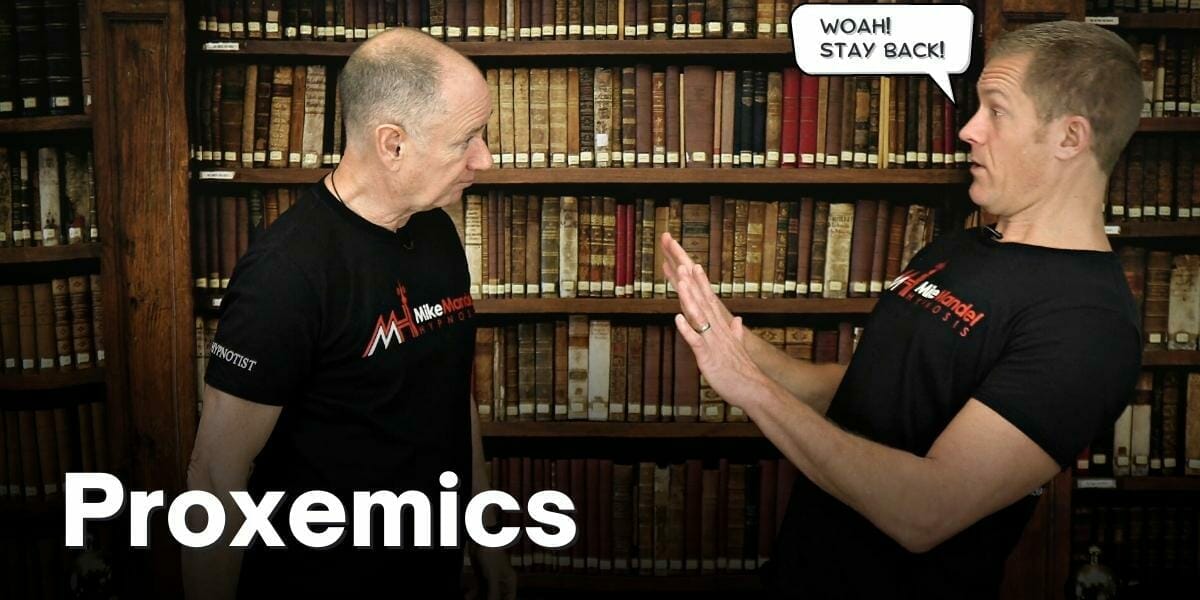 You’ve probably heard of body language, which is the idea that our posture and gestures are sending specific messages, whether or not we’re aware of them.

The concept includes things like how we stand, and what we do with our hands while we’re speaking. And although many of these messages appear to be universal, that’s not always the case.

That’s because some gestures have meanings that are specific to different cultures. Once we step outside of our own cultural context, we risk offending others, with gestures that send completely different messages than what we intended to say.

Another aspect to our non-verbal communication is the science of proxemics.

In all cultures, there are unspoken rules regarding how closely we engage other people.

Whether we’re sitting on a beach or riding on a bus, there are tacit rules that will govern our interactions. And like body language, the rules are not the same wherever you go.

Proxemics is the science of human interaction based on the social space we occupy, and was first discussed by anthropologist, Edward T. Hall. Basically, this space can be divided into four zones.

Note that these spatial fields are only approximations, and will vary from person to person, as well as from culture to culture.

Intimate range is the imaginary spatial field that is closest to our body.

It extends about a foot or so, and is the space entered to whisper, or touch someone, which includes hugging. Naturally, this requires permission, or entering this space will be perceived at worst as a violation, or at least as inappropriate.

This is the space that only the most intimate can typically access, which includes our partners, children, and our non-aquatic pets.

Once we move outward approximately two to four feet, we are in what’s known as personal range. This is where only our close friends and other trusted people are permitted.

Although entering the personal range is less invasive than entering the intimate range, it still requires trust and a sense of comfort for anyone to access this space. It’s something we feel we own, as in “my space”, and we tend to be protective about it.

This is the spatial zone that we’ll observe good friends or work colleagues occupying, typically in social settings such as parties, picnics, or other group gatherings.

The social range extends from about four feet to approximately ten feet, or even a little more. This is the range that we use to interact with acquaintances, or other people we don’t know especially well.

When contact occurs between strangers or near strangers, this is the range that is initially used. It’s only later when people begin to feel comfortable in that setting (perhaps after a few drinks) that they begin to close the range.

This is the range in which police tend to operate. Social range gives an officer time to react to a threat, without being too far away to apprehend a suspect, who might turn out to be problematic.

The final range is our public range, and it’s the only range that absolutely anyone is permitted to occupy. Public range runs from approximately twelve feet to infinity, and is the range we use when we’re communicating in public places with total strangers.

When we engage with someone on the street, it will typically be in public range, or perhaps social range if we’re drawn to the person for some reason, or feel very safe. That’s because public range is the least threatening when dealing with others.

As stated earlier, these ranges are only approximations, and can vary a lot, depending on culture. Obviously, those living in extremely crowded cities will have adapted to letting strangers get close to them.

Naturally, we are forced into more intimate spaces with others in certain situations, like crowded elevators or on public transport. In those situations, it’s our natural tendency to move farther apart, as soon as the opportunity presents itself.

Failure to grant other people the right to their own space is perceived as insensitive, or even aggressive (Read: How To Be Assertive Without Being Aggressive).

In a row of twenty urinals, it’s considered bad form to stand right next to someone, at least when there are other available options!

It’s actually been determined scientifically that invading someone’s space without permission causes a threat response in the amygdala, deep in their brain. That’s why people who have damage to that part of their brains will often make spatial violations.

So how do we deal with these vague and ever changing proxemics? Since a spatial violation can destroy rapport and undermine conversation, what are we to do? Especially since we might not know the cultural norms that apply at that moment.

Fortunately, there’s a fairly simple solution to the proxemics problem:

Let the other person determine the range at which you interact!

By permitting the other person to set the proxemic, you immediately solve the issue of how close to sit or stand.

You will neither be so close that you’ve freaked the other person out by invading their space, nor will you be too distant, and seem “standoffish”.

Best of all, it’s easy to test. Once the range is set, you can move a half step closer to the person you’re interacting with. Depending on the response you produce, you’ll immediately know whether you’re too close, or well on your way to building rapport.

Considerations Regarding the Solution

There’s always the chance that letting the other person choose the range might wind up feeling too close. That’s because some people simply don’t pick up on social cues and make the necessary adjustments.

Years ago, I saw a man standing, leaning over a table in a bar, to make a conversational point. He was completely oblivious to the fact that he was literally draped over a seated man’s shoulder.

The discomfort on the man’s face was palpable, as the oblivious talker leaned against him, in his intimate proxemic range.

So you’ll just have to decide for yourself if the other person is too close. If so, you can take a step back, which should send the right message. If you step back and the other person moves toward you, you’ll have to smile and perhaps make a joke about it.

On the other hand, if you’re in an important meeting with a determined close talker, you might just have to weather the proxemic storm for a while.

Humans are social beings. As such, better interpersonal communication skills are among the most important things we should aim to develop in order to live better lives. That's why we have it as an integral part of our Personal Growth Membership.

The Personal Growth Membership is a collection of high-quality products and courses designed to help people grow as individuals and live better lives. For an affordable monthly payment, you'll have complete access to a sizeable amount of materials that may change your life forever (no exaggeration).