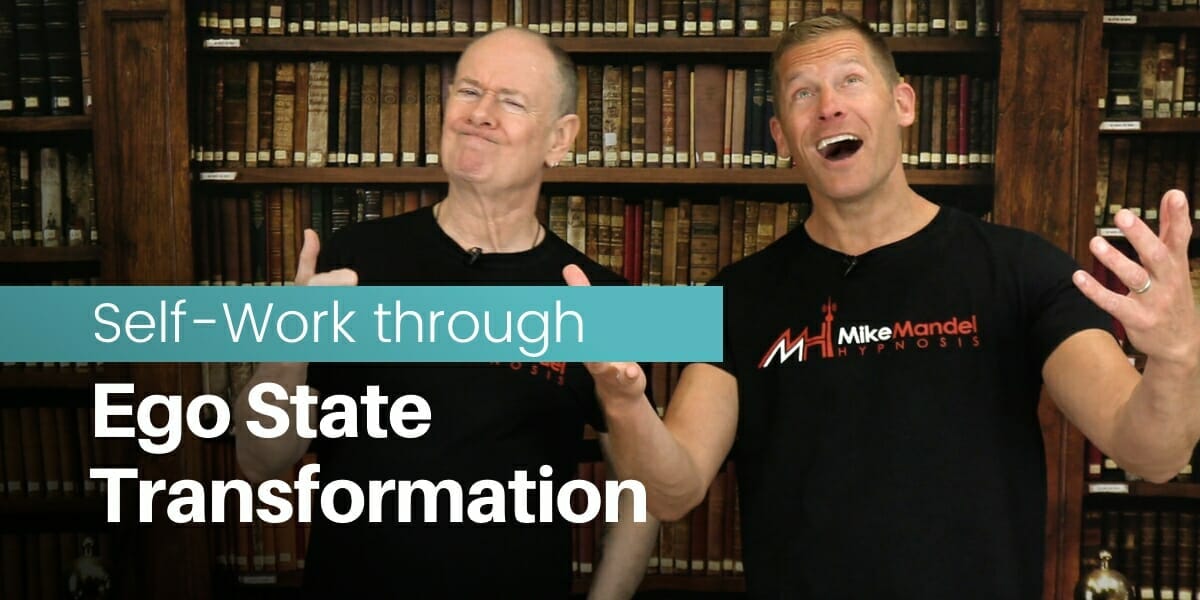 Can you imagine actually communicating with different parts of your personality?

And not just communicating with them, but actually helping them change, and giving you a better life?

Amazingly, this isn’t just possible, but in many cases is actually quite easy to do!

Sound strange? Maybe, but it’s actually mainstream science. It’s well established that we are all committees; teams of personalities that are very much like a family.

Each one of these subpersonalities or ego states is a physical bundle of electro-chemical pathways in your brain. They’re not imaginary, or psychological constructs or habits. They have actual existence.

An any given moment, an ego state is running the show, and we say that it’s executive. A stronger ego state can power out a weaker one, but generally, they do a good job of getting along, and helping us to navigate our lives.

Your ego states developed in childhood to deal with various challenges. You have an ego state that tells you that you’re hungry and it’s time to eat. You have learning ego states, and ego states that enable you to do different tasks, like driving a car or cooking a meal.

It’s amazing that although we may have up to 150 ego states, we typically use the same dozen or so, at least most of the time. These are very accessible states, and therapists can communicate with them quite easily.

But down below the surface, you have the ego states that aren’t so active. The deeper states can usually only be accessed via hypnosis.

So that’s ego states 101, but what is ego state transformation?

This is a great question, and the answer may both astound and empower you!

It all comes down to metaphor and symbolism.

Remember: Every ego state you have has some sort of purpose; hopefully a useful purpose. The astounding thing that was discovered just a couple of years ago, is that ego states also have an appearance that generally matches their purpose.

I’m sure you’re thinking “Wait a minute… If ego states are pathways burned into the brain, how can they have an appearance?”

They have an appearance based on what they do, and that appearance can be “seen” in your imagination; often in just a light hypnotic trance.

But it gets really interesting once you realize that changing an ego state’s appearance will transform the state, and change it’s very nature.

This entire discovery of ego state transformation was completely accidental. I had long dealt with ego states in myself and others, but this discovery changed everything.

A few years back, I was going through a phase where I would bring up topics or make comments, that although accurate, would stress out my wife. Perhaps I would suddenly mention the amount of violent crime that had occurred near us lately.

My wife would worry and be stressed out, but I couldn’t stop saying things that annoyed or caused her to become anxious. It was like my brain wasn’t engaged but my mouth was in gear.

I wondered if it was a particular ego state that was causing the problem, so I put myself in a trance, and asked the ego state that comes out and speaks without thinking, to identify himself.

To my amazement, I saw him instantly in front of me, in my imagination. He was unshaven, with a pear-shaped head that was tiny at the top. His ears were small too, but his mouth was huge!

When asked, he revealed that his name was “Blurter” and that he just blurted things out that he found interesting.

The key when working with ego states is to realize that they want to do a good job. They like having a purpose, and the better we can help them identify and clarify that purpose, the more highly-functional they become.

The Transformation of Blurter to Presenter

I asked Blurter if he’d like me to help him do an even better job of raising interesting topics. He said he would be very interested in that.

I asked him to let his ears enlarge which would make it easier for him to listen to others and not just speak. Next I enlarged the top of his head, broadening it, and giving him a larger brain.

The mouth was next. That huge mouth was no surprise, and he agreed to let me shrink it so he’d speak less.

Finally, he got a brand-new name. I asked Blurter what he’d like to be called now, and after a moment, he answered that he wanted to be called Presenter. The idea was that he’d present his comments in my mind before he said them. This would enable him to learn what was appropriate, and what wasn’t.

I asked Presenter to allow himself to continue to learn and automatically transform and become even more intelligent and resourceful. He agreed to do this, and amazingly, the blurting was 80% corrected right away.

Simply enlarging his brain pan, and giving him better hearing and a smaller mouth had made enormous shifts right away. It was essentially an NLP content reframe.

But I wondered if it would continue to work, and if Presenter would indeed manage to grow and develop. Only time would tell.

After a couple of weeks, I went into hypnosis and touched base with Presenter.

He was a changed man; or at least a changed ego state!

In my mind, I saw him clearly. He was clean shaven and fit, and wearing an Armani suit. He had a great smile, and carried a little portable desk with a laptop.

Presenter told me that he logged everything that he learned, and then connected the laptop to his temple with a USB cable. He said this updated his learning, and he was correct.

Presenter makes very few errors, and actually loves his job now. And as he’s become transformed, so have I. After all, he is me, or at least a part of me that was willing to change.

Keep in mind that it was simply a matter of ecologically changing the imaginary appearance of Blurter that changed him into Presenter. The task was essentially the same, but Presenter had far better skills for the job.

Blurter’s appearance was a metaphor; a set of symbols that described his very nature. By changing the appearance of the ego state, we’re changing the metaphor. It's essentially working with submodalities.

By transforming the ego state, we can help to transform the person’s life.

If we’re going to make this sort of shift for ourselves or other, we must keep the following points in mind:

Above all else, be ecological. Always be calibrating the person you’re working with and always ensure the ego state will enjoy the change. Simply taking on a job isn’t enough. It must be a task that the ego state wants to do.

To that end, it’s important to check in constantly with the ego state, right up to the end of the session. Always make sure all is well and dealt with, before you move on to another shift.

Finally, make sure there are no other ego states that are resistant to the changes. If there are, they must manifest and be listened to, before you make any other changes.

If the ego state in question is aware that this is a fun experiment that doesn’t have to be permanent, much resistance will simply disappear.

Approached in a non-judgemental manner, most ego states are willing to at least listen, and listening can be the beginning of an amazing transformation.

To learn more about hypnosis and awesome therapeutic techniques like the one you just read about, feel free to explore the Mike Mandel Hypnosis Academy, our flagship online hypnosis training: Click here for a FREE trial.

If you're already a hypnotist or a hypnotherapist and want to learn some more AMAZING therapeutic protocols, sign up for our Advanced Hypnotherapy Techniques class (AKA Wizard School).