How Parts Work Can Make Your Life Better 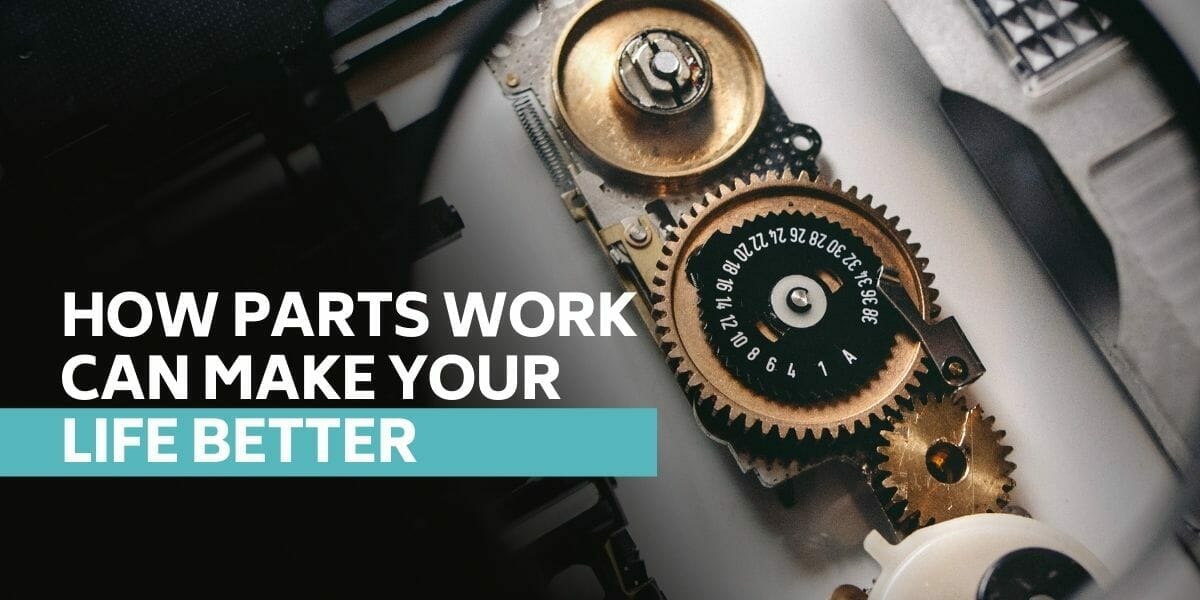 Say hello to yourself!

Because as amazing as it sounds, you’re not an individual, but a committee.

Now I’m not saying there’s anything wrong with you, or that you’re suffering from Dissociative Identity Disorder, formerly diagnosed as Multiple Personality Disorder. In reality, what I’m about to describe isn’t weird at all.

It’s both normal, and mainstream psychology.

I’m talking about sub-personalities, also known as ego states, or parts, if you’re into NLP. We’ll stick with Ego States for this blog post, and Parts Work is how we manage ego states for our benefit.

What the heck is an Ego State?

Most people are pretty surprised when they hear that they are not a single person, but a boardroom, or maybe a classroom, full of different people! Some of them are younger than your current age, some of them are mouthy and some are shy.

And despite the fact that you have perhaps 100 to 150 of them, the same dozen or so will be the ones who are active most of the time. On the other hand, you have ego states that haven’t spoken up in years.

So what the heck are ego states? Are they like imaginary friends, or some kind of psychological terminology?

In fact, as psychologist Gordon Emmerson points out, ego states are very, very real. In fact, they are burned-in neural pathways, and part of the physical structure of your brain.

But of all your ego states, only one of them can show up at any given moment. The ego state that’s reading this now, is the one that’s executive. This means it’s the one that feels like YOU at this moment.

When an ego state becomes executive, it stays executive, unless there’s a task to be done that it can’t handle, or when another stronger ego state powers it out and takes over.

You have ego states for lots of different purposes. You have one that tells you you’re hungry and another that says it’s time to go to bed.

You have ego states that are emotionless and intellectual, and might become executive to solve problems or do mathematical calculations.

You also have ego states that have deep emotions, and might be highly affected by sad stories or music.

Each Ego State is Unique

The key is to have the best one for the job in the executive position at any given time. If you have the wrong one executive, you’ll find it difficult or unpleasant to take care of the task at hand.

For instance, if someone is a world class MMA fighter, he wants his toughest state to be executive when he’s in a match. He doesn’t want the state that likes kittens and puppies to show up, or he’ll get his head knocked off!

Ego states are shifting in and out of the executive all the time. One might stay there for hours, if you’re doing something like watching an interesting movie or running a marathon. Sometimes they’re only there for a few seconds.

Ego states have distinct personalities. They act differently from each other, have different facial expressions, and even different speech patterns.

Have you ever had the experience of walking into another room, and just standing there, wondering what on earth you came in for? You can’t remember, because your ego states shifted on you. The one who sent you into the room isn’t the one that showed up!

In your committee of different ego states, there are states in different levels of integration, or healthy function.

Besides normal, healthy ego states, you probably have what Emmerson calls “vaded” ego states. These are ego states that have gone through unpleasant experiences and are invaded by fear, sadness, or other trauma. If you have a phobia, it will likely be one ego state that experiences it and needs to be healed.

Other ego states are dissonant.

These are ego states that don’t like the job they’re doing when they’re executive. Ego states like having jobs to do; provided the job is one they enjoy. To have a frightened, child-like state executive in a corporation boardroom would create a lot of stress and poor performance.

Some ego states are conflicted.

These are ego states that have issues with other states. Remember, you are a committee of different states with different skills and personalities. Just like committees in churches and corporations, there will be those who need help, learning to get along and appreciate each other.

There are also retro ego states.

These states are stuck, running old patterns, or are states that hog the executive so that vaded states don’t become executive.

Using Parts Work in Your Life

So how does this all apply to us?

Basically, we need to realize that of our dozens of ego states, only one is in control and executive at any moment.

We also need to know that not all states function well together, or even know much about each other. In neurological terms, it seems like some states have no strong and clear neural pathways connecting them to the other states.

In order to be functional human beings who continue to develop, learn, and interact with society, we need to heal vaded states, give dissonant states better jobs, and help conflicted states get along with each other.

Fortunately, there are effective ways of bringing this integration.

(Keep in mind that although we’ll explain what we do, we are not teaching you how to run the process, which is beyond the constraints of a blog post. We are educators and trainers, and as such, we insist you consult a licensed professional to help you with ego state issues.)

The first method we use deals with individual states. Think of it as a person from a dysfunctional family who comes in for help.

In the Ego State Transformation Protocol, we establish contact with the state who has the problems, usually through hypnosis. Once the client is in trance, we ask the ego state in question to come to the surface and tell us what it does and what its name is. This gives us a lot of information as to the ego state’s intention behind its behaviour.

The subject will then be able to describe the appearance of the ego state in their imagination. Once the state gives us permission, by gently and gradually changing the ego state’s imaginary appearance, its very nature will change too!

Sometimes it’s beneficial to work with the whole family of states at the same time. The method is the Ego State Integration Protocol. We facilitate this by accessing Highest Wisdom, which is a very powerful and almost regal state that all the other ones will listen to.

Once deep hypnosis is attained, it might take several minutes for this state to surface, but when it does, there's no doubting its presence! Highest Wisdom has a powerful demeanor and sounds strong and authoritative.

Once Highest Wisdom appears, it’s possible to negotiate with him or her to begin a deep process of healing with the other states. This isn’t difficult, because all the states want to be integrated and feel good about their tasks and their place in the committee.

Highest Wisdom then forms a group of strong and loving ego states to work together. They find, heal, and work to welcome the vaded ego states back into the family. When they recover, they join the search committee and help others integrate and find better jobs to do.

Ego state work can sound strange or even outlandish, but it’s an accurate description of how our brains work to create who we are.

By using hypnosis and working to heal and encourage our ego states who need support, we can continuously grow and become more integrated people.

If you want to study Ego State Therapy in depth and learn all the details of our protocols, consider joining our online Advanced Hypnotherapy Techniques class, aptly nicknamed The Wizard School. Click here to sign up.