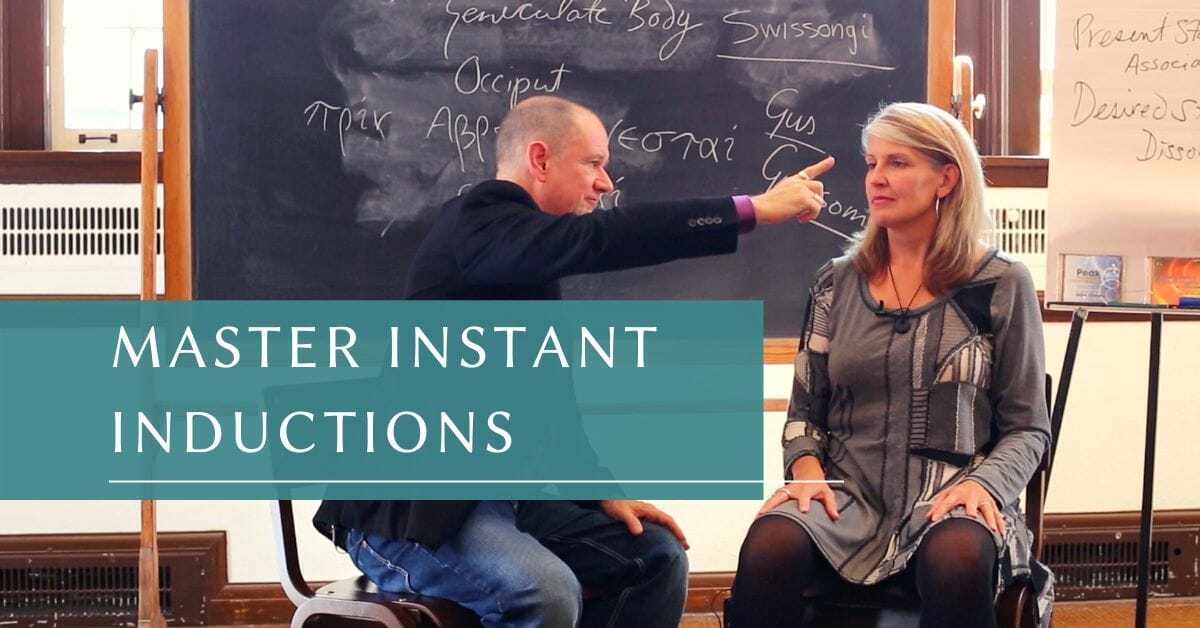 Have you ever found yourself stumped as to why you can’t always nail an instant induction.  Or even get one to work at all?

Yes, instant inductions, just like rapid inductions, are as real as gravity, and if you’re struggling with them, this will be the most important thing you have ever read.

Instant inductions, or shock inductions, are amazing to watch. They can cause surprise and build your credibility as a master of your craft. A craft that only a handful of us know about. And they are easy to pull off when you know what you’re doing. Sadly, a lot of people fall victim to 3 mistakes that kill instant inductions.

But before you learn what these 3 mistakes are, there's something you NEED to know:

You CAN'T trust everything you see on the internet. This goes for rapid and instant induction video tutorials on YouTube as well. The reason is simple: It's because almost all of them leave out a vital scientific fact. A fact that makes all instant inductions work.

When you’re startled, this mild shock sends an electrical impulse that runs through three key brain regions: the pons, geniculate nucleus, and the occipital lobe. PGO for short. These electrical surges are known in the scientific world as PGO spikes.

Here's a metaphor so you get a really good picture of how this works:

Just imagine you’re in a strange city you’ve never been in before. It's night and you’re walking down a dark street. Since you’re out of your element, your senses are tuned up a bit. 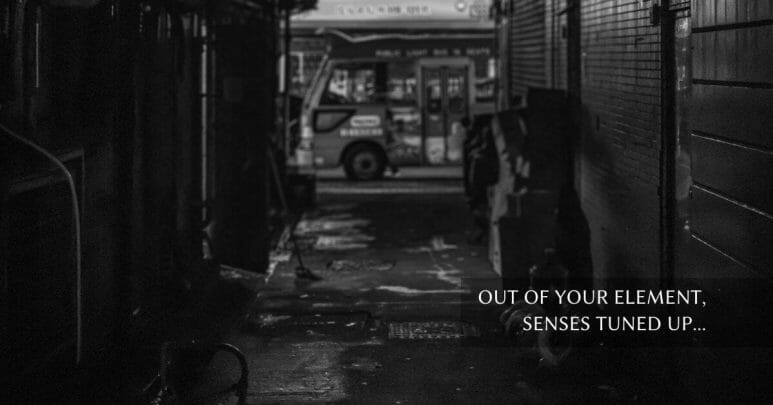 As you’re coming up to a seedy and dark alley... you spot a guy ready to jump and attack you.

In an instant your adrenaline shreds through your veins. You’re in survival mode. You have three options: Run, freeze or attack.

When it gets down to the wire, you realize it’s not a guy ready to mug you (or worse). Surprise: it’s a trash can with a bag of trash slumped over it. After a few moments you start to relax, and the stress chemicals in your brain start slowing down.

But something is different.  Your mind has completely blanked out on what you were thinking about, or doing at the moment. It’s as if this PGO spike wiped your mind clean by putting you on the defensive.

That's what instant inductions do.

Of course, you don't need to scare the pants off someone to send them into a trance. While a great deal of shock can alter your state of mind, so will a small, unexpected shock. The key point being unexpected, as you’re about to see.

How To Send Someone Down the Hypnosis Superhighway 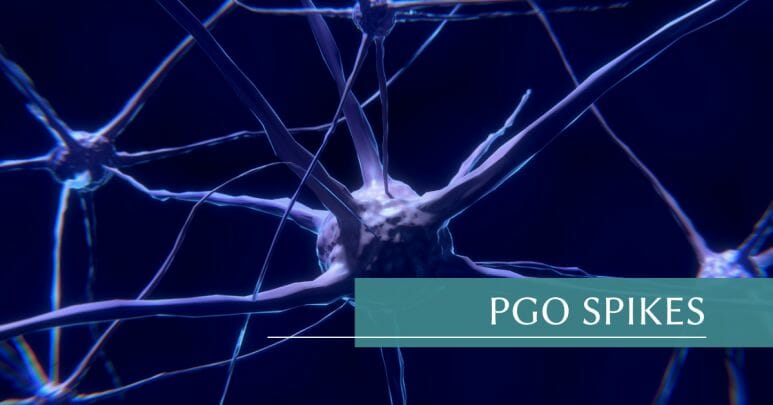 A PGO spike causes a small window of confusion. And humans are always looking for ways out of confusion. So give your subject an easy way out of their confusion by being as direct and to the point as possible.  You tell them what to do.

As soon as you trigger a PGO spike by shouting “SLEEP!” - and their head falls forward...you keep rolling on:

“That’s right...just close your eyes and go even deeper…”. And keep giving them suggestions to deepen the trance.

The 3 Mistakes That Wreck Instant Inductions

If you want to review the basics of every hypnotic inductions, check out this post.

These are the 3 biggest mistakes that will send you instant inductions to the hypnosis graveyard.

Hypnosis almost never truly occurs instantly, we need to set the stage for it with rapport and compliance, as explained here.

As far as rapport goes, we can’t always “be on”  24/7.  Sometimes our energy and charisma ebbs and flows. Just remember to show up with a clean slate.  No one likes when someone brings emotional baggage everywhere.  No one looks at a party pooper and thinks “Yay!  They’re here to lively up the party”.

Show up with a clean slate and ready to rock rapport.

#2 – Throwing caution to the wind

First take a look for any pre-talks in 99% of these videos.  Good luck finding them.  Make no bones about it.  Pre-talks are not flashy.  Hell, they can be down right boring. But they are vital.  Vital to the success of any instant induction.  Even more so, vital to your clients expectations and even their ecology.

A good pre-talk lays out what your client can expert.  At the same time, you’re making sure your client is safe. And healthy enough to experience an instant induction.

How?  By checking the NEWS! 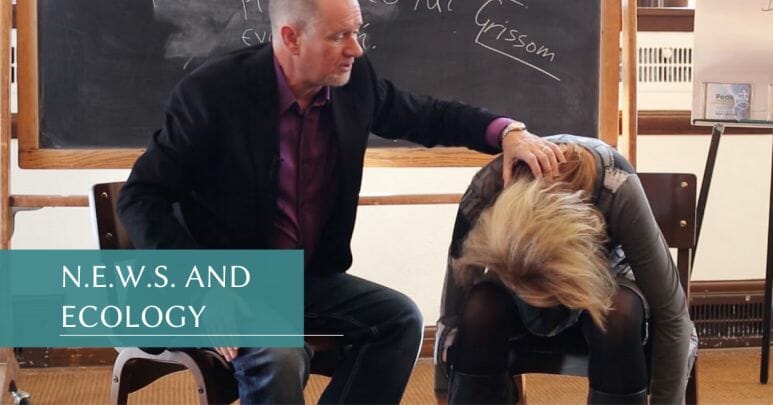 Check out what our friend and colleague Sean Michael Andrews has to say about this:

“I always operate safely. I’ve never hurt anyone in hypnosis, and I never want to hurt anyone. That’s why I always do the N.E.W.S. safety check before every shock induction. I want to make sure they have no Neck, Elbow, Wrist or Shoulder problems that could made worse by the shock movement.”

Orthopaedic problems can be made worse by an instant induction. Your client has a bad neck?  Well then no neck pull induction. What if your client has issues with their wrist, elbow or shoulders? Yank on their arm and you’re setting them up for a nasty hospital visit. Not to mention, you’re racing down a path to financial ruin.

Don’t throw caution to the wind.  Watch for their ecology. Burn Sean Michael Andrews N.E.W.S. safety check into your mind.

This is when you’re projecting your intentions far too early.

The whole idea behind instant inductions is you fire off a PGO spike with a little bit of surprise (or shock). How much surprise can there be when you’re giving them a heads up you’re about to do something.  You need to catch your client off guard and deliver the shock element of your induction when they least expect it.

Take a Doctor that’s about to jab your arm with a needle.

“Okay, I’m gonna give you the needle on the count of three. One...twooo... annnnnndddddd threeeee.”

There’s no getting around the fact it’ll hurt a little bit, but by drawing your attention to it, he's only made it that much worse. Same thing with instant inductions: you’re making them hyper-analytical.

Don't draw their attention to what you’re about to do.

From here on, you have three options:

You can keep going out and trying to do instant inductions the old fashioned way (AKA assaulting people into trance). Not recommended.

Take everything you’ve discovered today and hit the ground running. In the beginning, you’re likely to pull off 6 out of 10 attempts.

But this isn’t good enough for me, nor should it be for you.

Of course you'll get better over time, but to really accelerate your results, we’re going to give you a golden ticket to hitting hypnotic home runs.

We’re going to take out all of the guesswork for you. By giving you a step-by-step peek into one of my most powerful innovative instant inductions.

Want to learn more POWER inductions like these? Click here to grab our best-selling Power Inductions course for just a few dollars.