How To Hypnotize Analytical Subjects

How To Hypnotize Analytical Subjects

“How Can I Be Sure Hypnosis Will Work For Me?” And Other Irrational Fears

“How Can I Be Sure Hypnosis Will Work For Me?” And Other Irrational Fears 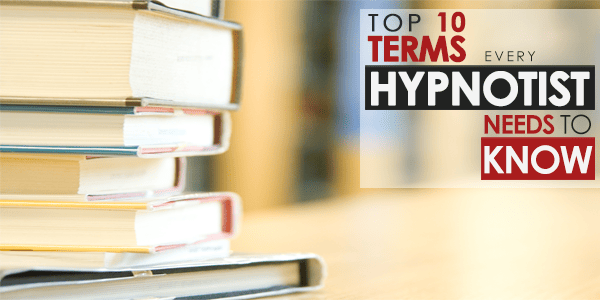 After 40 years of full-time hypnosis, I am continuously amazed by the widespread hypnotic illiteracy I encounter among many people who have chosen hypnosis as a profession. It’s akin to a chef not knowing what a beurre blanc is, or a chemist who’s never heard of phosphorus. Regardless of one’s practical skills in a given field of endeavor, there is still a requisite lexicon to learn, so that hypnotists can speak clearly to each other. Words mean things. To that end I offer the following Top 10 List without apology:

1. Critical Faculty – Not “Critical Factor”. The Critical Faculty acts as the firewall of the mind, either permitting or preventing us from acting in response to suggestion, but many hypnotists persist in misnaming it. This is a very common error, and if your hypnosis trainer insists on saying “Critical Factor” you might want to jump ship and study somewhere else (hyperbole alert!)  Think of how you’d feel if your cardiologist kept referring to your left ventricle as your “left Volkswagen”, because that’s just what he likes to call it. This is an important and fundamental distinction. I can insist on calling a bull terrier a poodle, but I’ll look like an idiot, because it’s still a bull terrier. It’s a faculty not a factor.

2. Somnambulism and Somnambulistic – Somnambulism comes from Marquis de Puységur, and is the working state of hypnosis. Somnambulistic is an adjective, and pertains to that particular depth of trance, where the subject sometimes resembles a sleepwalker. The terms are not “Samuelism” or “Sumnablistic” both of which I have heard spoken by typically illiterate hypnotists of high reputation. This is the state in which you are able to cause the maximum response onstage or in the street, or the maximum change in therapy. 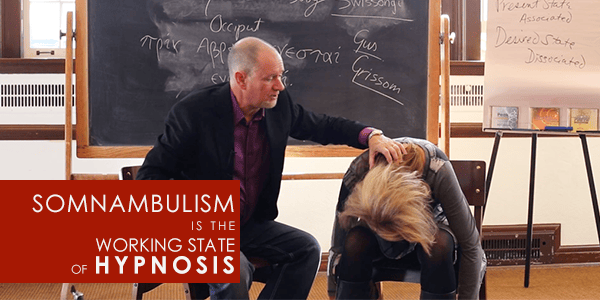 3. Fractionation – Not “Refractionation” or “Fractionalization” – Fractionation is connected to heteroaction and homoaction. Since hypnosis is a learning state, one can go deeper into trance with practice and through experience. To fractionate someone is to hypnotize them repeatedly in a short period of time, or simply have them rise to the surface by opening their eyes and then closing them again, plunging back into hypnosis. It’s one of the most dependable trance deepeners you can use.

4. Heteroaction – Andre Weitzenhoffer spoke extensively about this subject, and it’s a good word to know. Basically, anytime you pass a hypnotic task, it increases your predisposition to pass another entirely different one, thus increasing hypnotic response. It’s why suggestibility tests can be useful in some settings. Heteroaction paves the way to trance. It’s also why stage hypnotists can cause stronger and stranger responses as the show develops. It’s shocking that most hypnotists (who didn’t study with us) do not seem to know about this important hypnosis term. 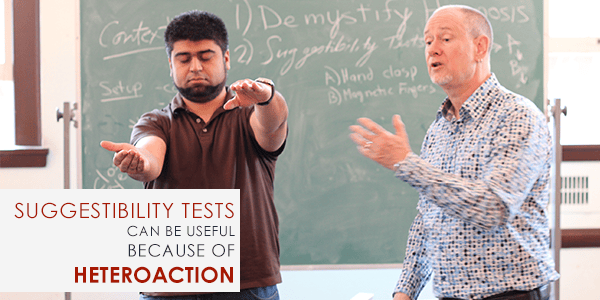 5. Homoaction – Another excellent term from Weitzenhoffer. Homoaction basically states that each time you repeat a hypnotic activity (including trance itself) the response will be stronger, up to a point. It’s the reason fractionation works. We also see homoaction onstage. If subjects feel a pinch when you snap your fingers, it will be stronger the second time, and even stronger the third, etc., until eventually the response levels out when the law of diminishing returns kicks in.

The Ultimate Guide to Power Inductions

6. Convincers – Convincers are among the least understood hypnotic phenomena, and are often confused with suggestibility tests. A convincer is a suggestion (catalepsy, time distortion, etc.) given during trance that you can point back to later, to prove to the subject that she was hypnotized, i.e., Remember how you couldn’t open your eyes? Convincers ratify trance, making it real for the subject, after the fact. Contrast this with suggestibility tests, which are pre-hypnotic, and designed to create heteroaction.

7. External Trance Indicators  – ETIs are the analog phenomena that you calibrate, in order to gauge the subject’s response. Examples include facial flaccidity, eyelid fluttering, hypnotic rash, shifts in breathing, head tilt, muscle twitches, blood to extremities, etc. They show you on the outside, that something’s happening on the inside, and are the antidote to archaic digital hypnotic depth scales. Learn to recognize trance through adequate calibration of the subject, and depth scales can be thrown in the garbage, along with your hypnotic scripts.

8. Catalepsy – A waxy flexibility of the limbs that is often concomitant with trance. The creation of catalepsy is a great inroad to hypnosis, and will leave hyper-analytical subjects wondering what happened when you awaken them. There’s nothing quite like eyes that won’t open or a floating arm to get your subject’s attention. Catalepsy often occurs spontaneously, so it’s very easy to create. 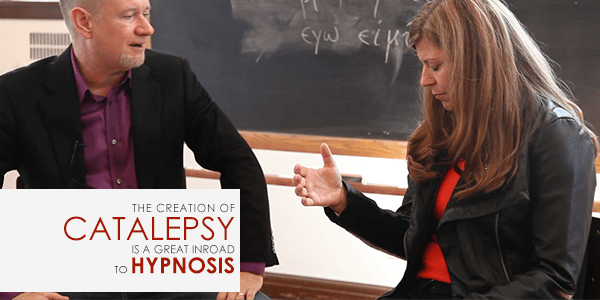 9. Calibration – Also known as: That which most hypnotists fail to do. To calibrate is to observe your subject, whether onstage or in a therapeutic setting. You notice how they look, sound, breathe, etc. To fail to calibrate is to miss all sorts of useful information – like whether or not your subject is in a trance. I saw a hypnosis trainer put a woman in and out of hypnosis 3 times, and he was still doing his induction! He was so absorbed in his own brilliance, he didn’t glance at her even once. Remember: You can’t see what you’re not looking for…

The Ultimate Guide to Power Inductions