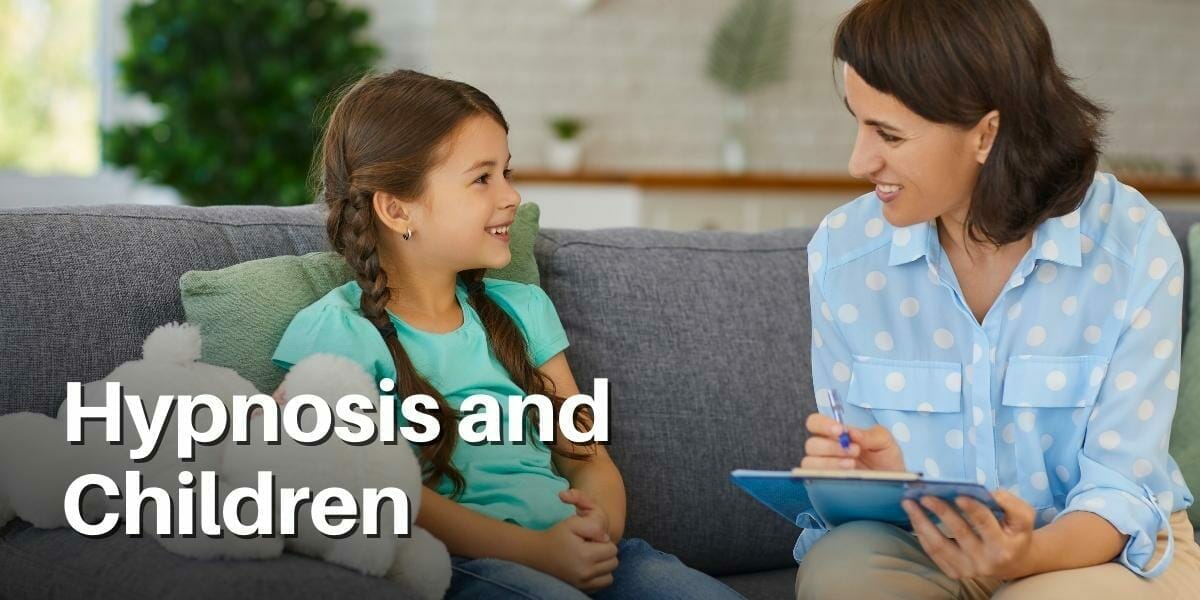 And that’s because children are absolutely phenomenal hypnotic subjects! In fact, some hypnotists believe that the best time to experience hypnosis is between eight and twelve years of age.

In reality though, almost all children make excellent subjects, whether for hypnosis demonstrations, or as clients for hypnotherapists.

Kids have powerful imaginations, and one of the simplest hypnotic inductions is to say “Let’s pretend…”

By the time adulthood arrives, many, if not most people, have begun to put constraints upon their imagination which can limit hypnotic response. If you say to a forty year old man “Let’s pretend…” he’s likely to look at you as though you’re having a breakdown!

In order for hypnosis to occur, it’s important to bypass the critical faculty, that part of the mind that acts as a firewall, preventing access to the unconscious mind.

But back to kids…

One of the most amazing things about working with children is you’ll never have to use a hypnotic deepener. Instead, you can proceed directly to deep trance or hypnotic phenomena. It seems as though most kids are super subjects, and it’s only as they grow older that many lose this ability to effortlessly hit deep trance.

It’s been said that hypnotizability decreases with age, and it’s a useful generalization. Although it’s not impossible to work with senior citizens, it can definitely be more difficult than with younger subjects.

But there’s another interesting thing about doing hypnosis with children.

We mentioned earlier that saying “Let’s pretend…” can function as a hypnotic induction with children. But amazingly, even that’s not required to do some solid hypnosis work with a young child.

Games can provide a powerful inroad to hypnotic states!

The key is to meet children where they are. This may include actually sitting on the floor and interacting at the child’s level.

Mike has an incredible story about not having to use an induction.

"Many years ago I worked with a pair of twins who were about seven years old. We played a game we called “Going camping”, which involved sitting on the floor of their room around a pile of reddish clothing and socks that acted as our campfire.

I began by describing our surroundings as dark woods, filled with the sound of crickets. The twins joined in, adding descriptive elements like a light rain, and the moon rising. I accepted everything they added, validating the way they perceived the setting.

By building the components of the surroundings, they activated their powerful imaginations and began to enter trance states.

As our camping experience became more detailed, I told them it was starting to rain, and they both covered their heads with blankets and tried to stay dry. At this point, it was obvious that they were fully engaged in the experience, so I began to give them positive, ego-strengthening suggestions.

I told them how strong and smart they were, and how they could work as a team to overcome any problems or difficulties; always expressing the suggestions in positive terms.

Again, due to their childlike imaginations, playing a game became an inroad to hypnotic work."

The Power of Stories

Although the imaginary camping trip created a super-highway to trance, sometimes even a game isn’t needed at all. In many cases, just telling a story will be powerful enough to cause necessary change.

Here’s another amazing story from Mike Mandel about the power of stories!

"Years ago, a young boy was suffering from an unsightly wart on the back of his hand. His doctor had attempted to dissolve it with salicylic acid, and when that failed, he attempted to burn it off, but the wart always came back.

I noticed he had knights in armour figurines and a plastic castle in his play area, so I sat on the floor with him and asked if he’d like to hear an awesome story about an evil tower.

He was totally into it, so I looked him directly in the eyes and began. I told him the story of a nasty tower that ruined the look of the beautiful landscape. The townspeople had thrown magic liquid on it and then tried to set it on fire, but nothing worked.

No matter what they did, the tower always grew back again.

Then one day, the most powerful knights got on their horses and tied ropes around the tower. Then they all pulled together and the tower fell down, and its huge roots ripped out of the ground. I told the boy that the tower dried up and disappeared.

About a week later, the wart fell off painlessly and never came back."

On another occasion, a Toronto naturopathic doctor worked with a young girl who also had a wart on her hand.

The little girl loved fairies, and the naturopath had brought a bright sparkly coloured pencil with her that had never been sharpened. The naturopath told the girl that it was a beautiful magic wand that made warts dry up and fall off.

The girl followed her instructions and touched the magic wand on the wart, commanding it to go away and never come back. She was then instructed to break the wand so the magic couldn’t go back into it.

Not surprisingly, the wart dried up and painlessly fell off about a week later.

Although kids respond powerfully to suggestion through games and stories, we can still use hypnotic inductions with great success.

Years ago, Mike worked with a boy who had been diagnosed with a specific problem that required a hypnotic intervention.

Once he had a grip on it, Mike told him to push it under the water and let go of it, so it could pop back to the surface. As he did this continuously, feeling the squishiness of the ball in the warm water, the boy was given hypnotic suggestions, which he readily accepted.

The real magic to this story though was the fact that there was no tennis ball, or bucket of water either!

It worked because of an interesting hypnotic principle that was discovered by psychologist Clark Hull in 1933:

Anything that assumes trance, causes trance.

Without getting too technical, it means that if we produce hypnotic phenomena as though the subject was hypnotized, the subject goes into trance to produce the phenomena.

By acting as though he was pushing a tennis ball under the water and vividly feeling and imagining the sensations suggested to him, the boy went right into a hypnotic trance.

Children are natural hypnotic subjects! They’re easy to work with, and respond to a wide variety of methods, including game playing, stories, and “Let’s pretend…”

In order to do effective work, it’s essential that you observe the child closely, building strong rapport, by meeting the child in his or her own world - imaginary or not.

It’s vital that you also provide ego-strengthening suggestions, and always ensure that you speak in positive terms, stating what will happen, not what won’t occur.

By treating the child as an equal, and engaging the power of curiosity and imagination, hypnotherapists can do excellent work with these amazing subjects.

For more information on the concept of using hypnosis with children, we highly recommend the book Integrative Hypnosis for Kids and Teens: Playing for Change by our friend and colleague, Melissa Tiers.

One of the most incredible parts about all of this is the fact that the same principles that work with children also work with adults. Engaging curiosity and interest is a surefire way to enable your subjects to enter trance.

If you are even the slightest bit curious and would love to learn more about hypnosis, then the Mike Mandel Hypnosis Academy is for you! We teach you principles rather than scripts, meaning you can work with practically anybody, from children to adults.

By learning the principles and foundational methodologies of hypnosis, you’ll be well on your way to creating real change in the lives of others and making a true difference in this world.

The best part is, you can sign up for a two-week free trial and really begin to understand just how easy hypnosis is to do.

We look forward to seeing you on the other side.