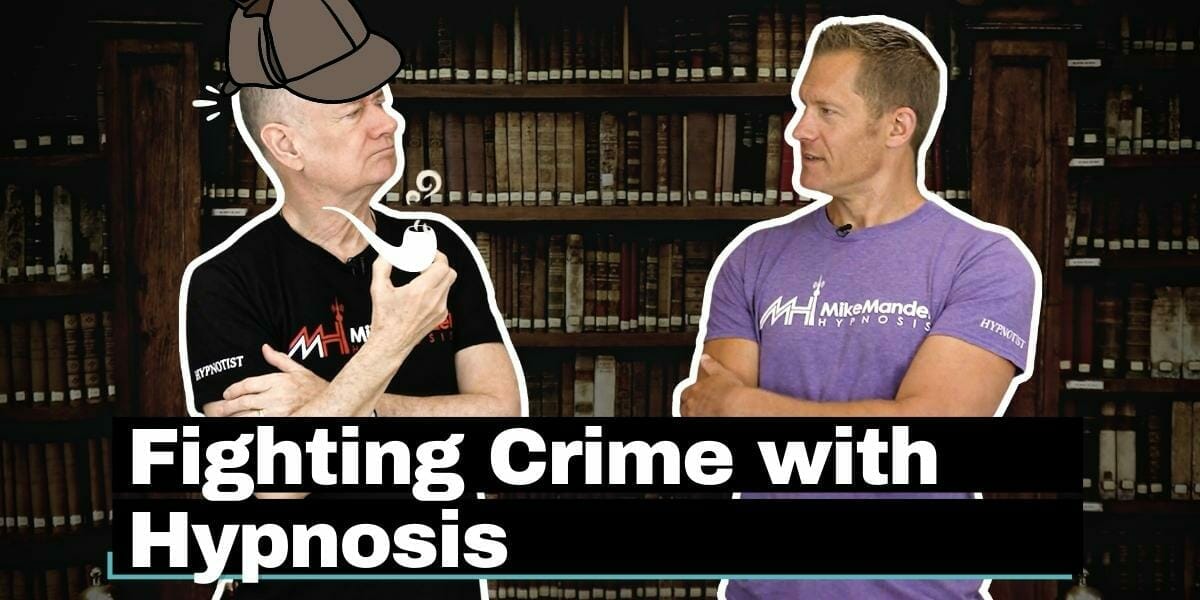 Can hypnosis help you catch criminals?

You’ll see it on television from time to time…

A crime has been committed, and the police have hit a dead end. And then, usually in desperation, they hire a hypnotist to jog a witness's memory.

Suddenly, after staring at a swinging pocket watch, the witness remembers repressed or forgotten details, and the case is solved. But does it really turn out this way?

Forensic hypnosis is something I’ve practiced for a number of years. Technically, it’s the use of hypnosis to gain information that can then be verified through concrete evidence.

For example: A witness recalls seeing a man stab a passerby, but due to the shock of the event, doesn’t remember much else. However, when hypnotized, he recalls that the assailant dropped what looked like a butcher knife, down a sewer grate nearby. When the sewer is searched, a butcher knife is discovered that bears the handprint of the assailant.

It’s important to note that hypnotic information retrieval is not accepted as valid in many countries - and even in different jurisdictions within the same country. Admittedly, there have been well-intended misuses of hypnosis in forensic work. And there are numerous methods that forensic hypnotists might use, in an attempt to discover forgotten or repressed information.

But the methods are not equally effective.

The Risk of False Memory Syndrome With Hypnosis

The main problem in working hypnotically with witnesses is something called paramnesia, false memory syndrome, or FMS.

Although the prevailing view among the general public is that people will always tell the truth under hypnosis, and will always remember events with 100% accuracy, the opposite is actually true. People readily lie while in hypnotic trance, and will fantasize and create memories on the fly; memories that they will then believe to be true.

This kind of false memory creation often occurs through careless questioning, and by leading the witness. If someone in trance is asked if the suspect had a gun, she might well answer yes, and will then believe it to be true, just because it was suggested to her.

That’s because hypnosis works with imagination. And the brain cannot tell the difference between a real and a vividly imagined experience.

Years ago, I was giving a talk to Canada’s federal police, the RCMP, in Regina, Saskatchewan. During the talk, I got a volunteer to come up to the front of the room and sit down for a brief talk. There was no hypnotic induction involved, and hypnosis wasn’t even mentioned.

But the result astounded everyone in the room.

My volunteer was a police constable from Manitoba. We had a brief discussion about summer vacations, and it turned out that he and his family had a typical Canadian summer cottage, a couple of hours north of Winnipeg. I asked him some questions about it, and then just instructed him to close his eyes to help him remember.

I switched to present tense and asked him: Is it moving? His eyes moved under the lids, and he looked shocked and then answered yes. Then, with a tone rich in implication, I asked him, “Is it really a star…or is it something else?”

He looked almost panic stricken as he said “It’s a UFO! I remember now! It’s landing behind the trees!” He opened his eyes, and looked at us all in amazement. “How could I forget something that vivid?” he asked me.

This policeman, who was a trained observer, had a brand new memory that was completely false; created entirely through specific questioning, with a light sprinkling of subtle hypnotic technique. And in only a few minutes, he and I had created a memory of a UFO encounter, that would be with him for the rest of his life. In fact, the memory would be robust enough for him to pass a polygraph test.

Hypnosis Is an Amplifier

In the previous example, although there was no formal hypnotic induction, the interview itself created a false memory. And since hypnosis is an amplifier of human experience, anything done in a formal hypnotic trance, will be even more powerful.

And therein lies the problem with traditional forensic hypnosis techniques, where even the most innocuous question can lead to memory generation or editing.

That was the method I used initially, when police services began asking me to assist them. I would regress the subject to the event, and in at least one case, a fast-food restaurant robbery, we got good results. But the method bears the risk of contaminating any information gained; no matter how carefully I questioned the person in hypnosis.

Over time, I created a totally different, and vastly superior method, that yielded excellent results. In this improved method, I would never discuss the case at all with the subject, but would induce trance, and then lead him or her, in a simple guided imagery.

A Better Method for Forensic Hypnosis

Once trance was induced, the subject would imagine wandering along a clean, beautiful beach. Looking down, she would discover an old skeleton key in the sand, and decide to take it with her. The subtle implication was that the key would unlock something later on…

We would then shift the mental scenery to a warm, cozy, and very safe house. The rooms of the house contained cupboards and drawers, where the subject would be directed to search, and find something important that she had forgotten. She would then be invited to bring it back to the waking world with her.

Then the police investigators would interview her again, and amazingly, new material would emerge that had not been suggested by anyone. That’s because the method is designed to work metaphorically, and create not paramnesia, but hypermnesia, or enhanced recall.

Another advantage to this method, is the hypnotist can testify that he or she has never discussed the details of the case with the subject, at any time. It’s noteworthy that in spite of having been consulted on several major crimes, I have never been called into the courtroom to testify, and that’s how it should be. The forensic hypnotist is a specialist, who with proper technique, can unlock hidden, factual material, while remaining out of the frame.

The Bottom Line on Forensic Hypnosis

Despite the skepticism of many in law enforcement and the judiciary, forensic hypnosis is a useful tool that belongs in the arsenal of every police service. Provided the methodology applied does not lead the witness, accurate information can be recovered, and false memories need never be created at all.

We train everyday people to become confident, skilled hypnotists while having a total blast learning.  Come join us at the Mike Mandel Hypnosis Academy.  It’s super easy to get started with our free trial.  It’s an awesome community, world class training and we never charge extra for certification.