Podcast #85: The Ryan Intervention, Hitler, and the 4th Johnny! 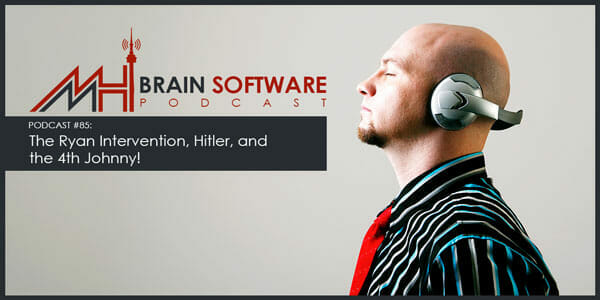 Welcome to Episode 85 of Brain Software with Mike Mandel and Chris Thompson! This is the storm that won’t go away!

The loudest, most self-indulgent intro ever, leads to the finest podcast that anyone has ever recorded…

Empowering Question: What obsessive or compulsive thoughts will I erase from my mind?

Mike and Chris will be taking the Hypnotic Storm to Las Vegas again in August! Come hang out with us and Storm Riders from around the world at the Orleans Hotel, and while you’re there, take our 2 day Introduction to Ericksonian Hypnosis.

Ending: The cheese tray, the road accident, and the 4th Johnny…