Forgiveness: how to forgive and move on with your life 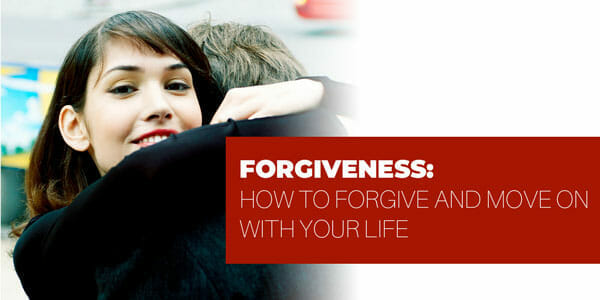 Forgiveness and Unforgiveness...Two sides of the same coin.

We recommend you read this short text first, then watch the video below.

We all know how hard it can be to forgive someone who’s ripped us off or bad-mouthed us to others. Their very presence, or even just thinking about that person can raise our blood pressure and bring on other health issues.

We might even hold unforgiveness to organizations that we feel have wronged us. If a company fires us or treats us unfairly, resentment may quickly follow.

Perhaps even now, you can think of a person who has done you significant personal or psychological harm. The thought of forgiving that person feels wrong or even impossible. It feels like you’re letting him get away with something. But unforgiveness will only hurt you. It’s like drinking poison and waiting for the other person to die.

Unforgiveness can actually make you physically sick. Our minds and bodies are linked together, and suppressed anger can damage the immune system, and may contribute to illnesses like stroke, heart disease and even cancer.

The good news is: You can forgive and be set free! That’s because forgiveness is not a feeling. It’s a decision you make and continue to make until the feelings follow. Forgiveness is letting someone off the hook, and discovering that someone is you!

Forgiving is not condoning bad behaviour. When people do something horrific, it’s difficult to even think of forgiveness. But there’s a useful alternative: Instead of forgiving, think of it as releasing the person. Sometimes you have to be very thorough, letting them go right out of your life.

In this video, we’ll show you a very powerful method to forgive and let go of any unforgiveness and resentment you’ve been carrying. It’s easy to do, and works almost instantly! When you discover how well this works, you’ll probably want to apply it to all sorts of negative emotions, and it will work on them too.

So learn to forgive, or at least release negative people. Use the training in this video to set yourself and other people free.

Mike Mandel's "Brain Software" e-book shares the same communication strategies that he teaches in live keynote presentations. This is our most popular free resource and we want you to have it.

Get Your Copy Free