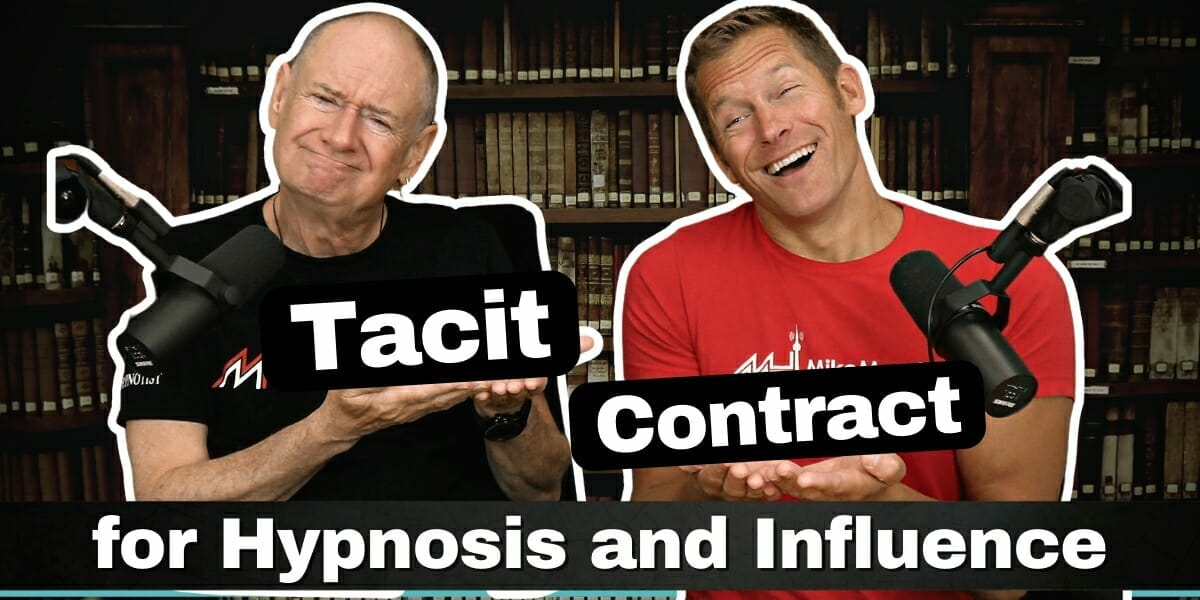 Want an easy way to get better results as a hypnotist?

This is what a technique called the tacit contract does. And it’s so simple you won’t believe how effective it can be. It’s not only great for hypnotists, it’s also a nice way to influence and persuade others. The tacit contract can be an invaluable tool in interpersonal communication.

“Tacit” means unspoken. It’s something understood by all parties in a conversation, but it’s never explicitly referred to. As such, even though we call it a contract, this technique obviously doesn’t involve anything written. It’s rather an implied agreement you get by phrasing sentences and requests in specific ways.

The tacit contract works based on presuppositions you make while making seemingly normal statements. As an example, imagine you’re a parent who wants your child to get ready to eat dinner. To use a tacit contact, you may say something like:

The implication is that your child will be indicating to you that he’s ready for dinner as soon as he sits down. The chances of him eating what you put on the table, without complaint, suddenly go up.

So, the basic structure of a tacit contract is: “As soon as you do X, I’ll know you’re ready for Y.” This sort of phrasing slips suggestions through the critical faculty of the conscious mind like an embedded command, and removes resistance by affecting behavior at an unconscious level.

The Tacit Contract in Hypnosis

Since formal hypnosis is just a more elaborate and elegant form of communication, the tacit contract works there too.

There are a few ways setting up a tacit contract can be useful for a hypnotist. We’ll give you two examples:

1) While Coming Out of Trance

Remember it’s your job as a hypnotist to protect your client’s ecology and work with clean states only. When in hypnosis, we want deep, robust trances. On the other hand when it's time to bring a person out of hypnosis, we want them in clean, wide awake states.

The tacit contract is a way to ensure that:

“And you’ll come out of trance as soon as you’ve realized you’ve installed all of these wonderful changes”.

Because the client won’t stay in trance forever, he has no other choice but to install them and come out. It’s an excellent way to cement the changework you've just made.

(Read: How To Help Any Hypnosis Client With the Mandel Model of Therapy.)

The deepening phase of hypnosis work, like almost any other, can benefit from the use of the tacit contract, too. Just say something like:

“And when you’re ready to go deeper into a level of trance where we can make wonderful changes, you can let your eyes close”.

And more often than not, they’ll comply almost instantly.

We teach this stuff and so much more inside of the Mike Mandel Hypnosis Academy, our flagship online hypnosis training and certification program.

And as soon as you realize you’re ready to learn many more awesome hypnosis and interpersonal communication techniques, you can join MMHA. Click here to get started for free.