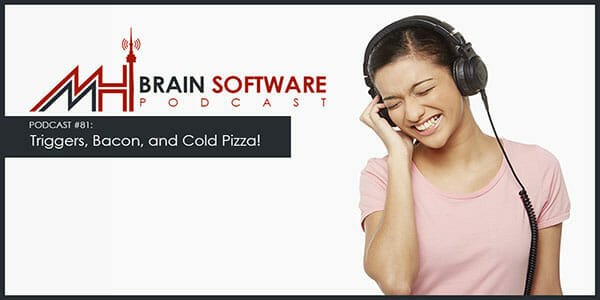 Welcome to Episode 81 of Brain Software with Mike Mandel and Chris Thompson! Whatever happened to that old tranquility we used to know? It doesn’t matter though, because these are days of victory!

Empowering Question: What triggers set me off on a regular basis, and what am I going to do to stop being reactive?

Metaphor: The Power of Food to Annoy…