Podcast #77: Laughnosis with James Hazlerig and the Return of the Guinea Pig Laugh! 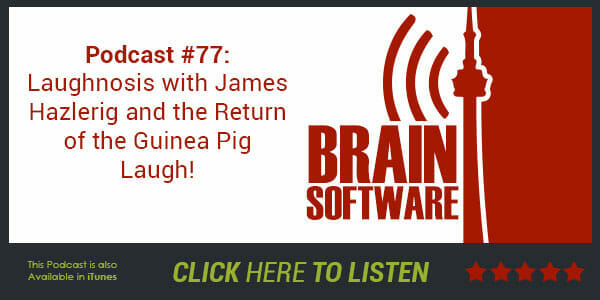 Welcome to Episode 77 of Brain Software with Mike Mandel and Chris Thompson!

Mike has been dubbed “The King of the Hypnotic Kingdom”, which Chris admits is fairly lame. But we couldn’t be bothered to come up with anything better, so it’s settled.  Mike is King. Today’s podcast is all about how laughing relates to hypnosis and our interview guest is the incredible Texan hypnotist, James Hazlerig.