Podcast #76: Fun vs. Depression and Scaring People in the Street 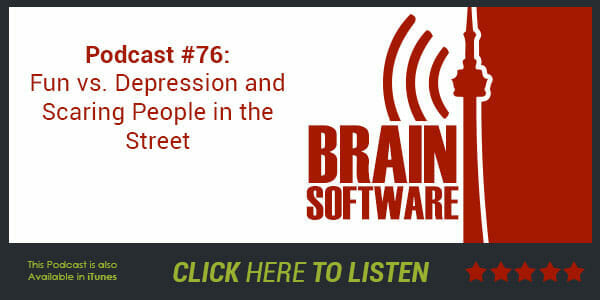 Welcome to Episode 76 of Brain Software with Mike Mandel and Chris Thompson!

The rash is getting moist and moving inland with alarming speed, so stay out of its way, or face a lifetime of hypnotic itchiness!