Podcast #72: Riders on the rash and power of reframing! 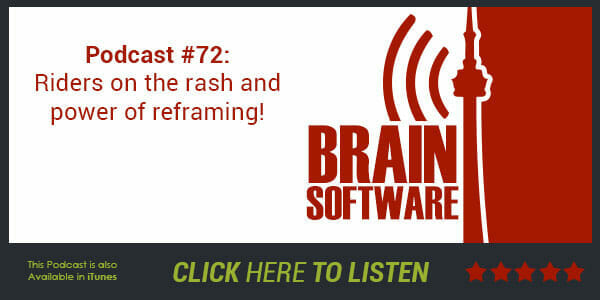 Welcome to Episode 72 of Brain Software with Mike Mandel and Chris Thompson! This is podcast is powered entirely by ukulele; the only certain protection against hypnotic rash. Today we ask that musical question:

Hey script readers…Can you really stop us? Can you stop us at all?

Check out the show notes below and scroll down to listen to the podcast directly on this page. Keep sending us topic suggestions and show feedback. We love hearing from all of you. Remember to send your Gus Grissom sightings to: gusgrissom@mailinator.com

Remember: Check out: MINDSCAPING training at Hypnothoughts Live in Las Vegas, in August 2016! Bonus: When you pick up a digital copy of MINDSCAPING using that link you can attend our one day class for free AND get a significant discount on your conference ticket.