Podcast #64: The Bag of Pykthos mystery, psychedelic endings, hypnotizing South Americans, and how tomato seeds can lead to inadvertent circumcision! 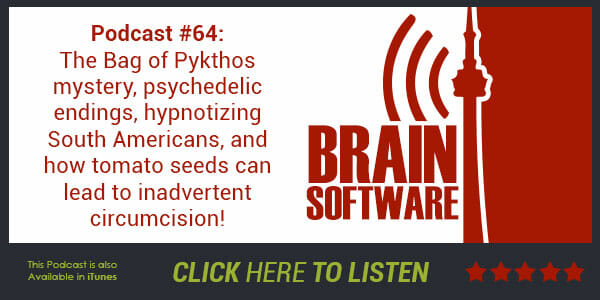 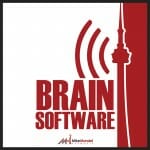 Welcome to Episode 64 of Brain Software with Mike Mandel and Chris Thompson! Amazingly, we continue with our 5 Star Rating, despite the absolute idiocy of this podcast.

Check out mikemandelhypnosis.com for more info on what we’re up to.

Ending: The Adventure of the Anonymous Parcel and the Tomato Seed…

Please leave a rating for the show in iTunes, and send in your questions by emailing info (at) MikeMandelHypnosis (dot) com.

Remember to check out this blog post on pre-hypnotic work.