Podcast #178 – Do these TIPS to Greatly Reduce Stress

Podcast #178 – Do these TIPS to Greatly Reduce Stress

Podcast #177 – Improve Your Hypnotic Abilities with These TIPS

Podcast #177 – Improve Your Hypnotic Abilities with These TIPS 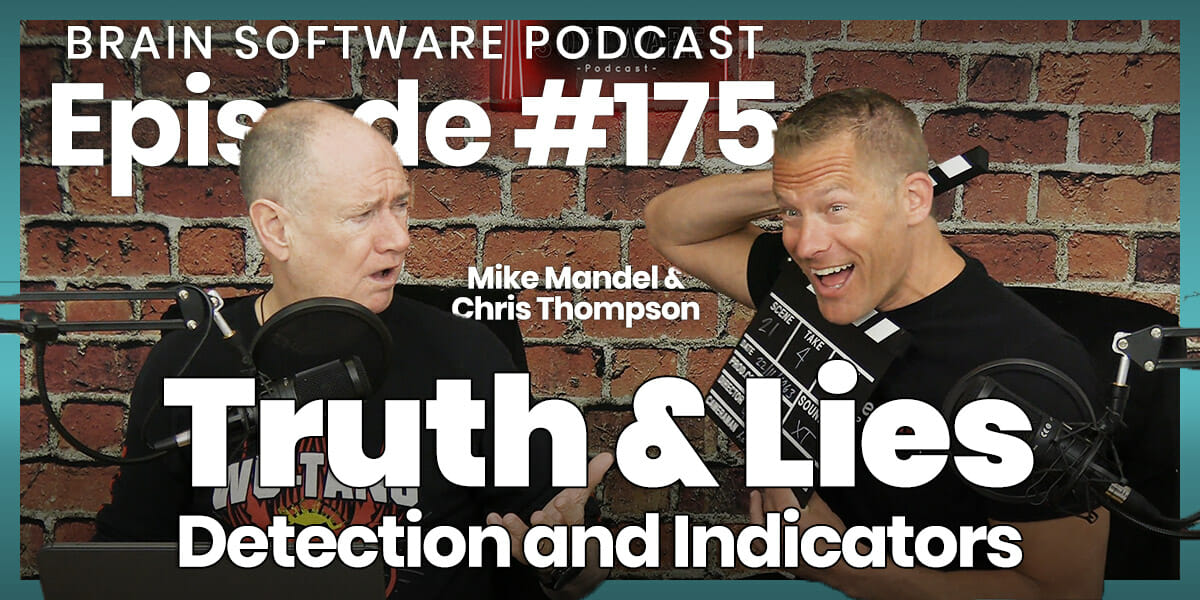 This is the Brain Software Podcast with Chris Thompson and Mike Mandel. This is episode #175, coming to you from Toronto Canada - The Hypnotic World Epicenter!  Today it's all about us, and we're not kidding...Welcome to an all Ken Sweatman episode!

It's Brain Software #175 and we're Fritz and Jeff and are here for you,

So watch out for deception...because that's what this podcast is about today!

Ask yourself: What are the elements of deception that are new to me...that I need to know about...to be sure that I can deception...when it's used on me...?

Metafive: Master Class and their mistake