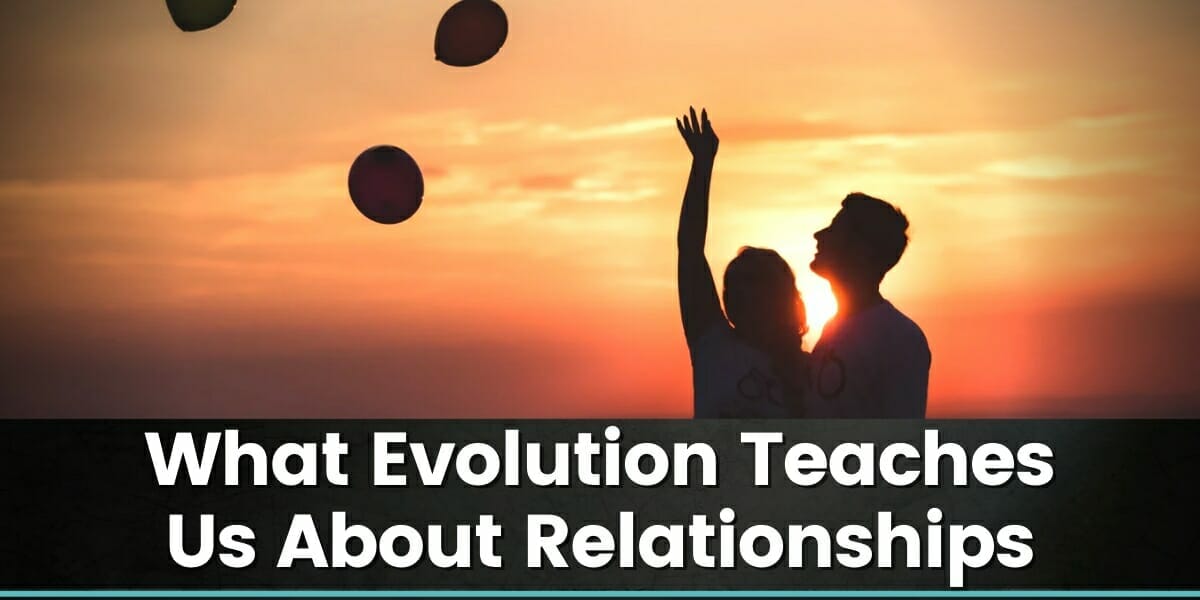 Did you know that natural evolution can teach us some amazingly simple things to enhance our relationships? But when it comes to human behaviour, the same principle can also cause great destruction and harm.  Keep reading, and discover how you can make your life more awesome while also making other people’s lives better at the same time.

Mutualism as a Lesson

Mutualism is defined biologically as, “a relationship in which both species are mutually benefited. This relationship can either be within the species or between the two different species.”

Let’s put this in plain English. If two organisms interact such that they both benefit, we have the classic win-win scenario.  And there are lots of examples of this in everyday nature.

What would happen if we ran out of life-sustaining oxygen? Obviously, we’d all die. Luckily we have a mutualistic relationship with plants. They take in the carbon dioxide that we breathe out, and they perform the magical biochemistry called photosynthesis, which produces oxygen gas.

Photosynthesis also makes carbohydrates, which plants keep to themselves to grow.  But even then, a fruit plant gives off this sugar to animals, who eat the fruits, in order to have more seeds planted when the animals excrete the seeds.

So whether or not you like to eat plants, we all need to respect the beautiful mutualistic relationship that we have with them.

Here’s one more example: Zebras have a mutualistic relationship with the oxpecker, which is a type of bird that feasts upon parasites and ticks that live on the zebra’s skin.

Without the zebra, the oxpecker might go hungry.  And without the oxpecker, the zebra might suffer from deadly skin infections. The two animals support each others’ health.

Human Interactions and the Power of Mutual Benefit

Mutualism is all around us. And while it’s normally a biology principle for non-same species, we can all learn a lesson here.

Back in 1975, Mike started working as an entertainer doing stage hypnosis shows.  This was awesome for him because he earned way more money than his job as a telephone operator for Bell Canada.

It was also great for his agent because the agent earned a commission to promote a new act.  And of course, it was great for the clients, who enjoyed the entertainment of live hypnosis shows. Since everyone got a benefit, this relationship lasted a very long time. Mike was a professional stage performer for over 45 years before retiring from the stage to focus on teaching.

Chris Thompson, His Wife, and Peloton

During the COVID pandemic, Ontario went into lockdown several times. Our fitness clubs were forced to close during this time. Chris and his wife decided to build a small home gym. His wife really wanted a Peloton, which is an Internet-connected exercise bike with live classes that you can watch on a nice big screen.

Chris didn’t really care about it, but I encouraged his wife to buy the Peloton since he knew she was serious about using it, and he was willing to try it out to see if he liked it also.

Chris really enjoyed it, and both he and his wife wound up motivating each other to workout more regularly as a result of this shared interest.

Watch Out for Mutual Destruction

Two (or more) people can create power through mutual benefit. But the reverse can also happen, and we want you to consider where you may face the power of mutual destruction.

Destruction … that’s a strong word, but it happens to be true.

Think about a husband and wife who are both heavy drinkers. If neither of them sees this as a problem, they could very well wind up encouraging each other to over-drink, which is obviously a health disaster waiting to happen.

You could say the same for abusing drugs or even eating junk food.  Any bad habit that two people do, together, reinforcing each other’s behaviour, is the power of mutual destruction. It could be wasting time watching TV and ignoring the kids. Or reinforcing each other’s fears and missing out on an awesome life by confining yourself to your home most of the time.

Your Homework: Evaluate Your Interactions

You might want to begin thinking about the various human interactions you have on a day-to-day basis.  Which ones feel like they are mutually beneficial? Which are mutually destructive?

Some might stand out more than others. Remember the Pareto principle? It might be that a small minority of your human interactions are truly great, and some other small minorities are truly disastrous and unhealthy.

And before we wrap up this post let’s go back to a concept we discussed in this post … life as a series of spectrums, or continuums. One example we talked about was giving vs taking.  If you think about it, any relationship where you’re at one extreme, either giving or taking, is probably not mutually beneficial.  It’s probably either mostly destructive for you or mostly great for you but maybe not so great for the other person.

And how can you make a small change that will radically transform the quality of a relationship?

Next Steps - The Personal Growth Membership

Did you know we run an awesome training program called the Personal Growth Membership? It’s a great collection of tools for personal change, better communication and building an incredible life.

Best of all, it is ridiculously inexpensive.  Check it out here.