The Truth about Inception and Lucid Dreams 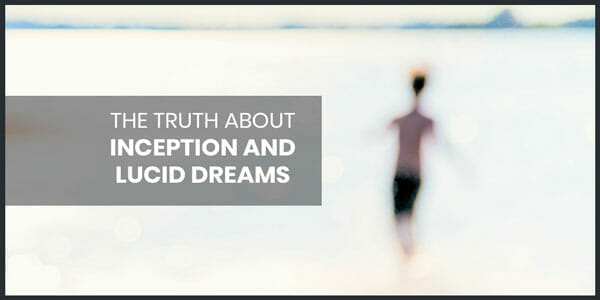 This is a guest blog post from Ryan Rivera, who spent 7 years of his life dealing with, and then overcoming, severe panic attacks.

Take it away Ryan!

If you’ve seen the movie “Inception”, the movie where Leonardo DiCaprio plays a corporate spy who invades people’s dreams and plant ideas into it, you must have wondered if such a thing is possible. Can one really see what another is dreaming about and is it possible to be inside each other’s dream? And what does this say about the human mind, lucid dreams, and technology?

In the movie, they used a drug to get someone to dream and use it in a machine where they hook themselves through IV to be able to be in one dream together. Such technology is not too far-fetched. In fact, MRI scanners can record brain activities, allowing scientists to peek into their patients’ brains. Although it may not be as visual (and exciting) as the one they show in the movie, it does already exist and there’s no telling when these scientists can create scanners that can actually see what patients are dreaming about.

You might also wonder about how the characters know that they are dreaming and that they are already inside somebody’s dream. It’s called lucid dreams, where one is conscious that he or she is dreaming and the things that are happening are all within a dream. Not everyone is capable of lucid dreams, and we are often unaware when we are actually dreaming. Just like in the movie, lucid dreaming takes time and practice. You can train yourself to be aware when you are dreaming, but it can take some time and deep concentration. Gamers and people who suffer from anxiety symptoms are the ones who can often experience lucid dreams easily.

Time is another concern. In the movie, 5 minutes of dream is equal to an hour of activities in the dream world. And when one is in a dream within a dream, an hour in the first level of dream becomes a week at the second dream level. This is one that is hard to prove. Some dream analysts believe that the concept of time in a dream is pretty much the same as in the real world. There are some dreamers that disprove this.

So does DiCaprio’s character implanting an idea into the mind of the dreamer mirror that of hypnosis? Not entirely. While a hypnotist will make suggestions to the patient’s unconscious mind, these suggestions are in line with the patient’s goals, and draw upon resources that already exist within him or her. Hypnotists are more like “guides”, helping the patient to access the innermost parts of their brains. Planting suggestion is a very small part of the job.

So to sum up, yes, there are machines that can record activities inside the brain (not as exciting as in the movie, though). Yes, being aware that you are in a dream can be done. And no, there’s no proof whatsoever that time and the natural laws of physics can be defied in dreams. And Leo will not be there to plant ideas either.