Goal Setting in One Word

Goal Setting in One Word 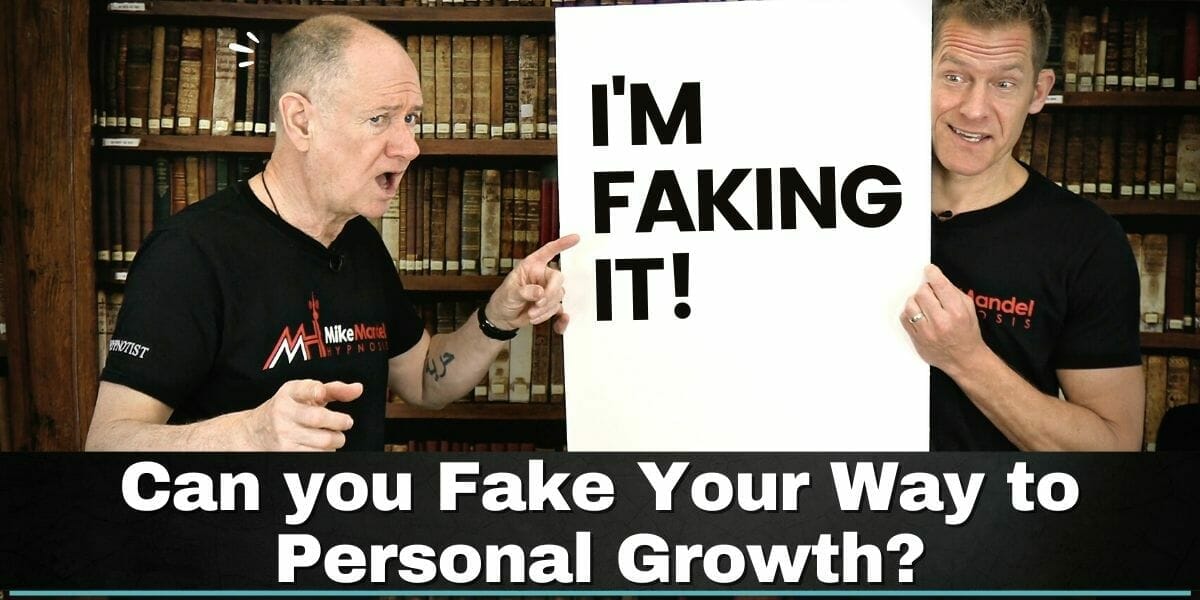 Nobody wants to be perceived as a fake.

Everyone wants to be seen as genuine and honest, and it’s certainly what our friends and family require of us. I mean, who likes a fraud?

But sometimes faking it can be the most powerful (and sensible) thing you can do!

What we’re talking about is faking something you want to learn, until you become good at doing it really well. And we’re not talking about lying to people, as you’ll soon understand.

The key is to ask yourself how you’d behave, think, communicate, if you already had the skills you’re after. The secret is to just pretend you’ve already arrived where you want to be, then keep pretending, until you actually get there.

Here’s a video to make this easy:

For example, let’s suppose you have an opportunity to deliver a speech for some local club. Perhaps they’ve heard that you have some field of expertise, and they ask you to speak on your topic, after their evening banquet. And they offer you $1000 for an hour of your time.

Naturally, you want the gig, even though you’ve only spoken at a couple of weddings and a funeral. But the pressure is on…

You know that if you do a great job, it could lead to other paid engagements, which could be a new source of income. But on the other hand, if you give a less than memorable performance, the word could get out, and the local Lions Club might become your first, and last, paid event.

Enter the AS IF frame!

What we mean by this, is to act AS IF you’re already a world-class, highly paid speaker. If you take on the mannerisms, posture, and speaking style of someone who’s already a professional speaker, you’ll improve your skills in record time. And if you’re not confident, just behave as though you’re confident.

Naturally, you’ll want to watch other speakers, either live, or online, to find the sorts of things they say and do. This will give you the stuff to imitate, but not actually copy. We aren’t saying to steal someone else’s material. We’re talking about the big chunks, like gestures, presentation style, and engaging the audience.

It’s really a matter of jumping right in, and congruently pretending you already ARE that person you want to be. And then, it’s a matter of pretending that you’re not pretending anymore. This is exactly the same way great actors rehearse for the parts they’re playing. They act as though they actually ARE that character.

The results are often compelling, and sell a lot of theater tickets too.

Actors learn something called subtext, which gives the actor information about the character’s emotions, background, beliefs, etc. Subtext enables an actor to dive right into a role, and make her character three-dimensional, and believable.

Now before we go any further, it must be noted that there are limits to the AS IF frame. You cannot fake being an airline pilot or a brain surgeon, because you’ll probably go to prison. Likewise, you can’t fake being a professional MMA fighter, because although you might be able to get into the octagon, your next stop could be the hospital.

When using the AS IF frame, you must be both ethical, and sane. Some things can’t be faked, and some other things shouldn’t be faked.

Nevertheless, there are lots of things to which you can apply the AS IF frame, including

I think you get the idea.

In 2005 I began drinking wine for the first time in my adult life. I wanted to know all about what I was drinking, so I bought the book Wine for Dummies. Then I started writing a wine blog and acted like I knew tons about wine. And all the time I was writing, I continued to study, and learned about grape varieties, tannins, terroir, and wineries.

Then, after a couple of months, the invites started coming in!

Free cases of wine arrived at my door to be reviewed, and wine heavyweights sent me free tickets to premium wine tastings. Every time I attended an event, I learned something new and added it to my wine knowledge. I kept using the information I’d already learned, and built relationships with the top people in the wine industry, and in no time at all, I was fluently speaking their language.

Then I was asked to host the Ontario Wine Awards in Niagara. That’s when I knew I’d arrived!

I wasn’t faking it anymore. I had become a “wine expert” and went on to become a wine judge too.

So back to you.

What do you want to learn? Remember to make sure it’s ecological for all concerned, and also legal. Don’t make up a fake CV or lie about your accomplishments.

Just begin acting like you’re already where you want to be, as you continue to learn.

Then congruently pretend you’re not pretending.

And watch it all happen…

What’s next: Make sure to check out our full Personal Growth Membership. It’s a collection of powerful life-changing video courses that we put together to make personal growth EASY and fun.