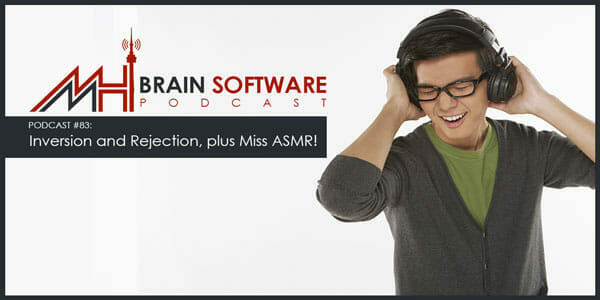 Welcome to Episode 83 of Brain Software with Mike Mandel and Chris Thompson! The Hypnotic Hurricane is horrendous in the scope of it’s harshness! Watch out power lines and trailer parks…

The Gus Grissom Update: Grissom is back in Toronto, delivering a birthday card…He’s listening to the podcasts….

Our first UK training is coming up in November! It’s a hypnosis Master Class, so come on out! You get MINDSCAPING too…Go to the UK Hypnosis Academy Facebook page for details!

Empowering Question: What is the simplest thing I can implement in my life to avoid a host of problems?