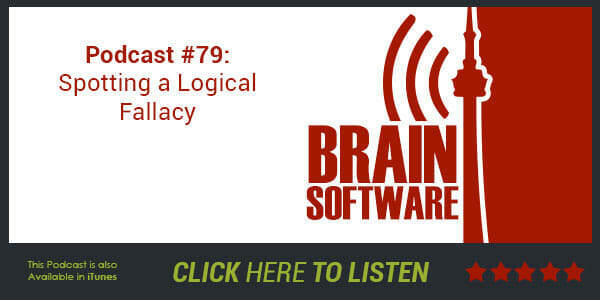 Welcome to Episode 79 of Brain Software with Mike Mandel and Chris Thompson!

Technical difficulties abound! Something went horribly wrong, but here’s the podcast anyway… (it’s not that big a deal)

Empowering Question: How will I become more ruthlessly logical to see through all attempts to manipulate?

Gus Grissom Update! Grissom has clearly gone into hiding. No sightings in awhile…

Send your sightings to gusgrissom@mailinator.com