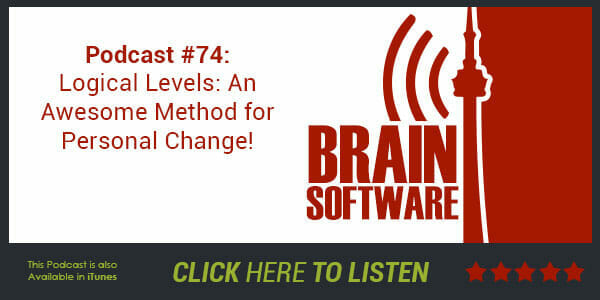 Welcome to Episode 74 of Brain Software with Mike Mandel and Chris Thompson! Never before has a hypnotic typhoon gained so much energizing moisture, so quickly!

This podcast is all about the transformative power of Logical Levels! Make sure you apply this information and have an awesome life…

Check out the show notes below and scroll down to listen to the podcast directly on this page. Keep sending us topic suggestions and show feedback. We love hearing from all of you. Remember to send your Gus Grissom sightings to: gusgrissom@mailinator.com

Mike is teaching the next Graphology Class in Toronto – Saturday September 17th and Sunday September 18th, 2016 – this event is coming up fast. Check out this video and sign up today!

Metaphor: A rainy day in Winnipeg…

Remember: Check out Hypnothoughts Live, as well as Mike and Chris’ Architecture of Hypnosis training in Toronto in November.

Ending: There’s somebody back in Aragon…