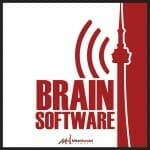 We’re out with session 23 of the best hypnosis podcast in the UNIVERSE!

This one is a bit controversial because we discuss a recent hypnosis study done at a prominent university.  The study aimed to understand what’s happening the inside the brains of so-called “unhypnotizable” people compared to highly hypnotizable people.  Of course these kinds of tests are flawed from the beginning.  Pretty much everyone on the planet is hypnotizable because:

I love how Mike puts it when he says that to claim you’re not hypnotizable is the same as saying you’re “stupid and have no powers of imagination whatsoever and no attention span”.  Who really wants to be THAT person?

Mike also points out that hypnosis is a learning state.  The more you learn about hypnotic trance, the better you get at it.  So to assume that someone is not hypnotizable is dumb enough to begin with … but to forget to remember that people get better at something with practise?  That’s simply ludicrous.

During this podcast I worked on a metaphor to compare hypnotists and subjects to a sniper and a target.  Mike noticed that I had the metaphor backwards.  So here it is:  Claiming that a subject is not hypnotizable is like a sniper blaming his target for not getting hit.

Mike and I have also decided that it’s time to setup our own hypnosis discussion forum.  Because on certain other forums you have poorly trained hypnotists who essentially function as: The inept teaching the irrelevant to impress the ignorant.

Keep in mind that “ignorant” simply means “one who does not know”.  We’ve all been there before. If you don’t know much about hypnosis you need to ensure that you learn from the right people.  Learn from people who are actual experts.  Avoid learning from those who are convincing, yet inept.

We also had a great question about Mike’s “breathing with the hand” hypnotic induction which you can watch on YouTube.  The questioner wanted to know if the subject needs to be a natural somnambulist (someone who is supposedly super-hypnotizable).  The answer got us talking about leverage inductions and the principle on which they operate.  The simple truth of the matter is that you shouldn’t be thinking about “bad subjects” versus “good subjects” in hypnosis.  Just use elegant and effortless trance inductions, and be skillful in adapting to the needs of the subject.

We also discuss instant inductions.  These are also called shock inductions.  What is often missing in some YouTube videos is the pre-talk or suggestibility tests that are done before the instant induction.  Mike explains that instant inductions create an immediate PGO spike in the brain (explained in the podcast), and a command such as “Sleep now” will drop someone into trance.  BUT – they won’t stay in trance without rapport.

Here’s another interesting point about instant inductions:  Since they are based on the startle reflex, they won’t work if the other person knows what is coming!  This is a point that most other hypnotists just don’t seem to understand.

Humor and language:  Mike Mandel is a master of using nonsensical language in such a congruent manner.  It’s absolutely hilarious to watch him confuse the heck out of someone by saying absolutely nothing.  Our latest meaningless phrase is “Pressit the blotz”.  The key to using these nonsensical phrases is to build up massive anticipation in the listener, so they’re intently listening for what’s next.  That’s when you drop the meaningless phrase.  But you don’t try to hide the phrase.  You state it with authority, and with absolute congruence.  Use this on the next telemarketer who calls you.  It’s hilarious!