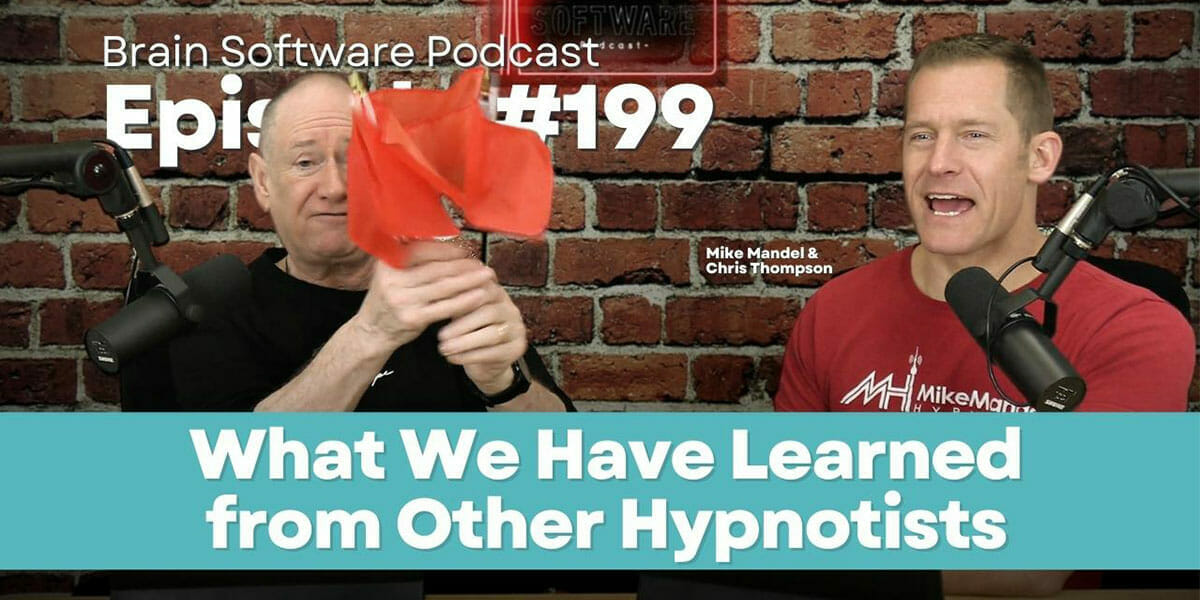 What have we learned from other hypnotists, ancient and modern? Keep listening and you'll find out...

We don't think we know everything about hypnosis, but we have learned a lot of great stuff from some other great hypnotists...

Empowering Question: Ask yourself ...what are the key hypnotic elements that you have learned...and who did you learn them from?

Metafive: The Show that Never Happened!

Ending: Danny Boy (and come what may)

This is your brain on fun – Brain Software Podcast (Ep 220)

This is your brain on fun – Brain Software Podcast (Ep 220)