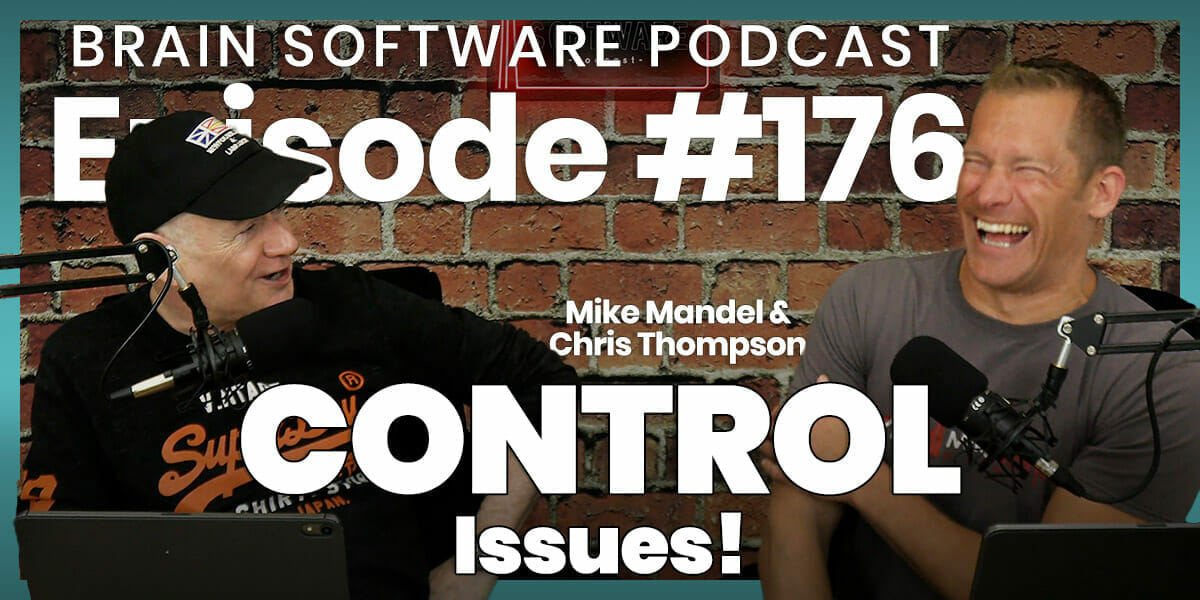 This is the Brain Software Podcast with Chris Thompson and Mike Mandel! You've found us, and we're here to talk all about Control...

Guess what? We're talking all about systematic control of people by nasty folks, cults and unscrupulous governments, but seriously...

Whatever happened to that old tranquility we used to know?

THESE ARE DAYS OF VICTORY, even though Mike is Sixty Effing Eight!

So listen so they can't control you, Scro! (Clear your throat Bryan Adams...)

Empowering Question: Ask yourself: What are the elements of deception that are new to me...and that I need to know about...to ensure...that I can detect them...when they're used on me?