Reframing in Neurolinguistic Programming: What It Is and How To Use It

Reframing in Neurolinguistic Programming: What It Is and How To Use It

The Best Ways To Learn NLP

The Best Ways To Learn NLP 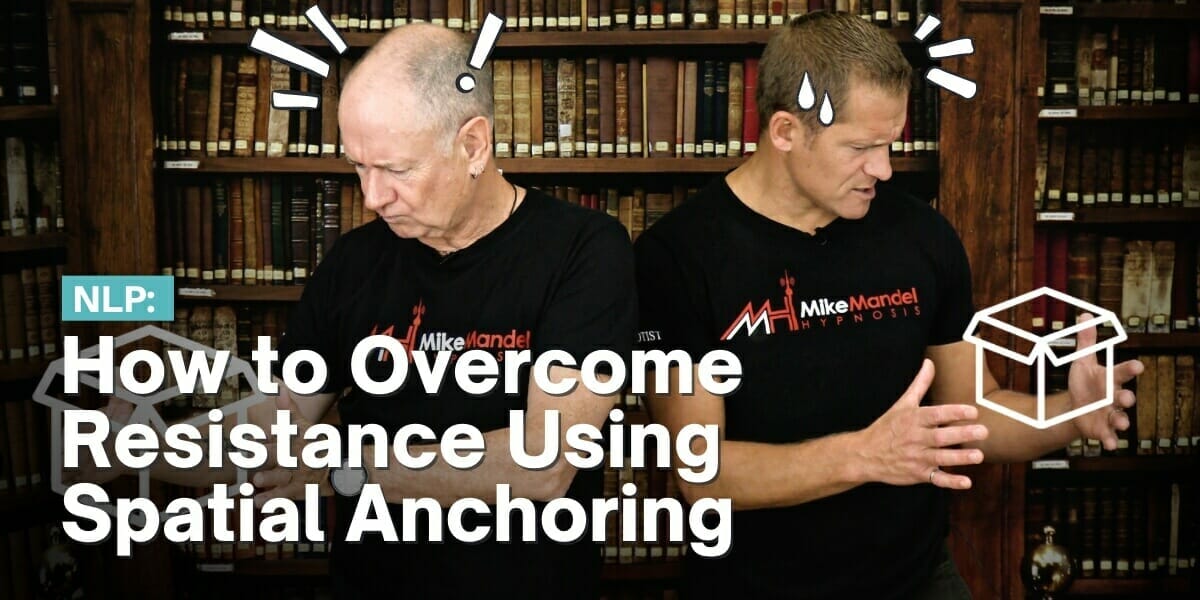 If you deal with negative people who constantly throw up walls of resistance to your ideas and suggestions, this post (and video) will help you out.  We’re going to teach you how to use a concept known as “spatial anchoring” to get other people to stop with their negativity and resistance, or at least postpone it enough so you can get your point across.

How to Spatially Anchor and Move a Problem

The secret is to act as if the negative argument is an actual physical object. This way you can pretend to acknowledge the argument, actually pretend to pick it up, and move it off to the side until some unspecified later time.

This causes the situation or argument to be anchored “over there” (in space) in the other person’s mind. Since you moved it out of the way, and their unconscious mind imagines it as not being “there” to discuss in the conversation, they adapt to the situation and typically accept this change.

Here’s a video explaining how it works.

Remember that the brain likes metaphors. So when you pretend to act as if this argument is a physical thing, and you go to pick it up and move it out of the way, they accept it as if it’s legitimate.

Most of the time, at least.

Make sure you’re not dismissive! It’s important to be authentic in how you acknowledge the problem or argument brought up by the other person before you spatially anchor it and move it.

If you’re flippant or dismissive with your body language or tone of voice, you’ll wreck rapport and cause the other person to ramp up their attack.  That’s not good.

Spatial anchoring is really a subset of regular old anchoring. And to “anchor” something simply means to attach a stimulus to a response.  When you have a stimulus neurologically connected to a reaction, or response, that stimulus can be called an “anchor”.

We wrote a separate article about anchoring. You can read it here.

We also held a masterclass on anchoring for our students, and that full lesson is available to you within the Mike Mandel Hypnosis Academy